By NgalaDailyNews (self media writer) | 27 days ago Having registered their third consecutive league Win after slow start of the Season, Arsenal have now moved to mid table with 9points after comfortable 3-1 win against Tottenham Hotspurs, the club has officially unveils Man of the match winner of dramatic North London victory, who have received a lot of praise from club fans.

Through their twitter page, Arsenal have named the summer signing Takehiro Tomiyasu as individual award winners.

"Your Man of the match from Sunday win, Takehiro Tomiyasu." Reads the twitter. 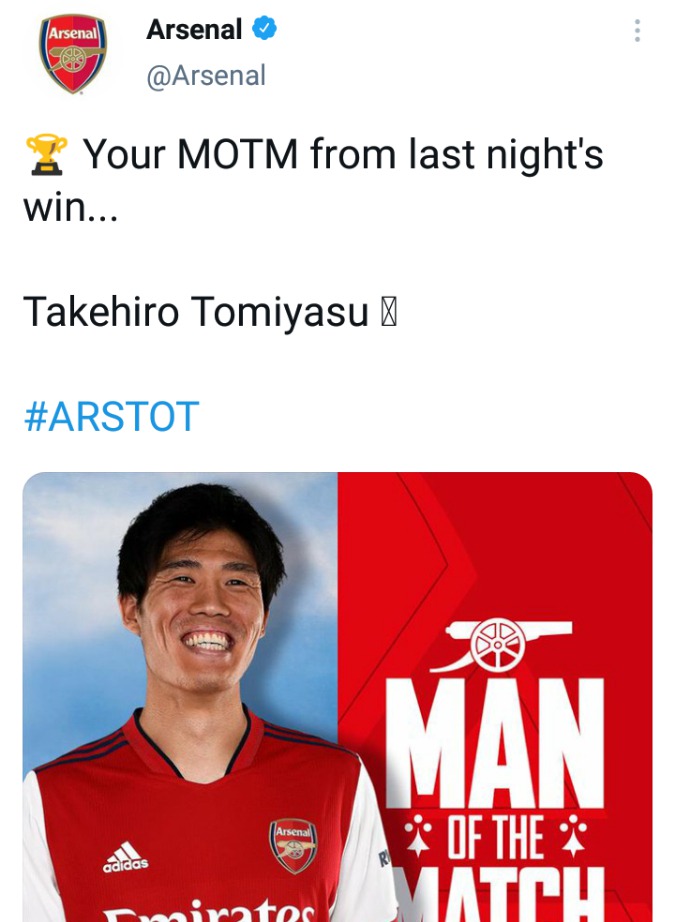 The underrated summer signing won 90% of Aerial balls and kept Tottenham winger Son quiet in better part of the game, has received numerous praise as seen below; 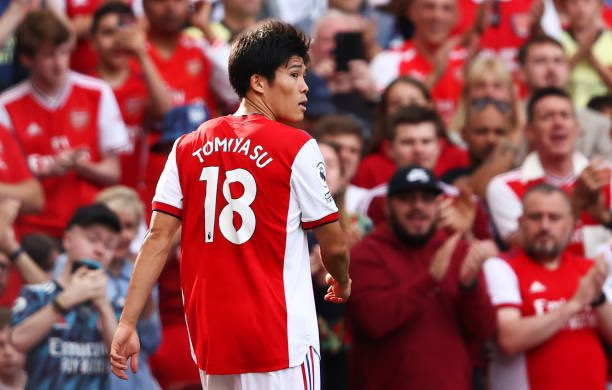 Arsenal News24: He was exceptional, foot perfect and utterly unstoppable. But Emilie was the Man of the match. Never seen a defence look more terrified than when was running to them. A goal assist, he was tracking back. Emile Smith Rowe was Exceptional. 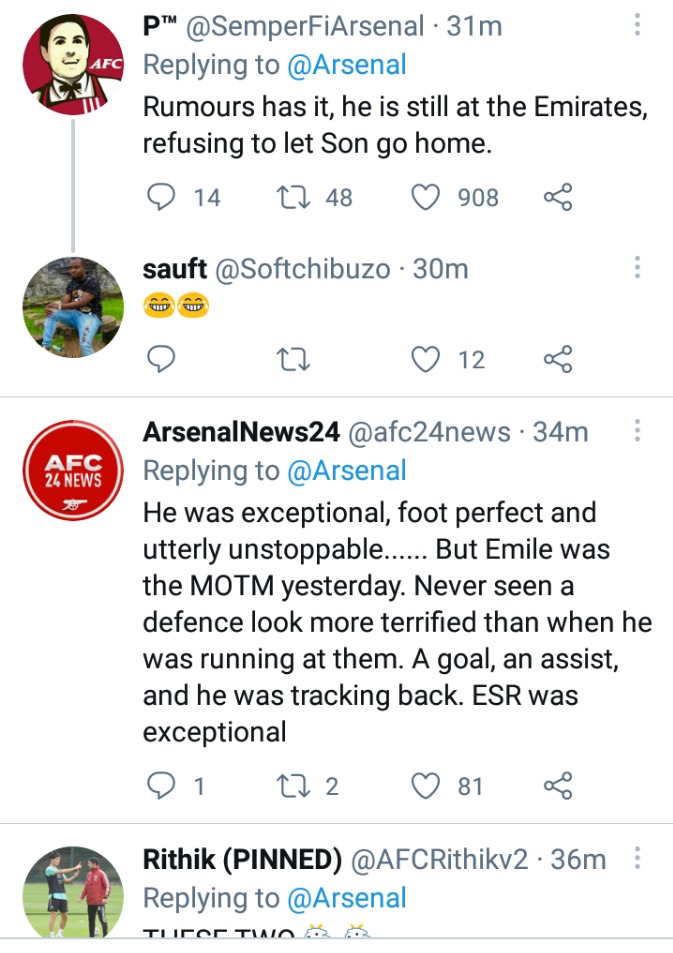 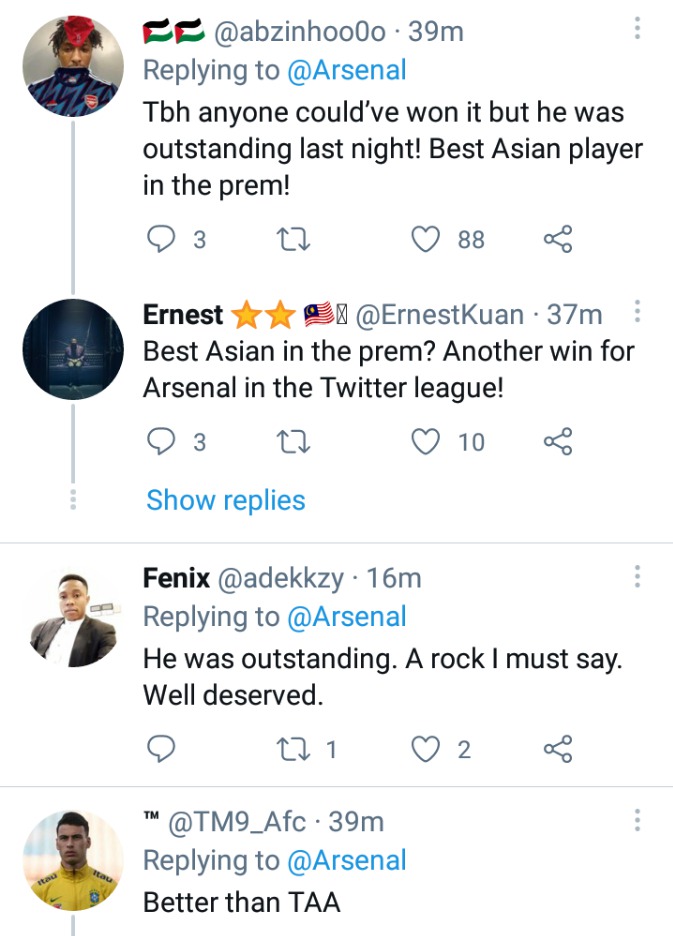 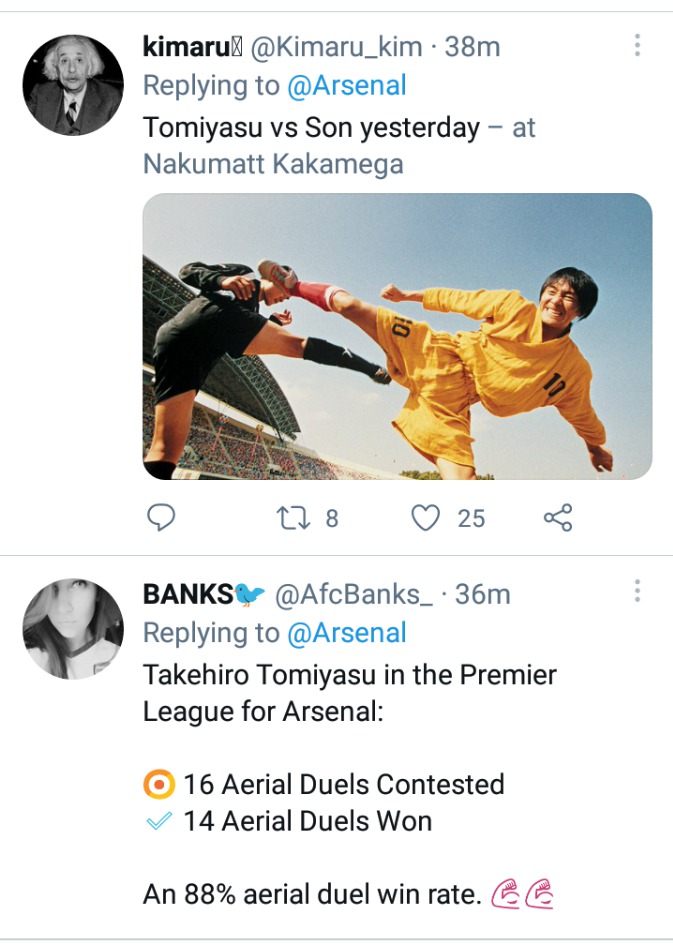