Bayern Munich have a mountain to climb when visiting PSG for their Champions League quarter-final second leg but few will be writing the holders off just yet. 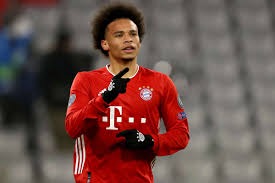 Bayern clearly missed the clinical finishing of Lewandowski in the first leg while Serge Gnabry was another notable absentee.

However, they must take heart from the way they were able to cut open PSG’s defence during a Munich snowstorm.

Muller passed up a glorious opportunity when he stabbed his shot straight at goalkeeper Keylor Navas, who made fine saves to deny Leon Goretzka, Alaba and Benjamin Pavard.

“I think nobody could have had any complaints had we won 5-3 or 6-3,” said Muller. “Somehow, we shot ourselves in the foot. Now we have to come from behind.”

Choupo-Moting added: “I saw the statistics – it’s crazy. On another day, we score five or six, for sure. It’s really frustrating.”

Flick had won 15 of his 16 Champions League games in charge before that defeat, drawing 1-1 away to Atletico Madrid when resting players in the other match.

However, PSG have only failed to score in one of their last 43 European matches, though, with the exception being their 1-0 loss to Bayern in last season’s final.

Hansi Flick’s men created numerous chances during a thrilling 3-2 defeat in Germany and could easily still turn this tie around, even without Robert Lewandowski.

PSG pulled off the perfect smash-and-grab raid at Allianz Arena, showing great quality on the counter-attack and no shortage of resolve at the back.

The French aristocrats survived an early scare when Eric Maxim Choupo-Moting hit the bar before Kylian Mbappe broke the deadlock with just three minutes gone, thanks to a rare Manuel Neuer mistake.

Neymar laid on that chance and his superb ball over the top of a Bayern defence clearing out from a corner set up Marquinhos for the second.

Choupo-Moting pulled one back when heading in a Joshua Kimmich cross and Thomas Muller nodded in an equaliser on the hour mark.

However, Mbappe’s pace on the break and precise finish put PSG back in front for good soon after, with David Alaba firing a late chance narrowly wide.

Mbappe told UEFA: “It was a difficult game against the best team in Europe right now. We played well as a team.

“But it’s just the first game – we have to play with confidence and play again like a team.”

PSG are obviously now favourites to progress but they were beaten here by Manchester United during the group stage.

Losses to Marseille, Lyon, Monaco, Nantes and Lille on home turf in Ligue 1 will also give encouragement to Bayern.

Place On These Hot Picks With VIP Odds And GG