By SportsDen (self meida writer) | 6 days 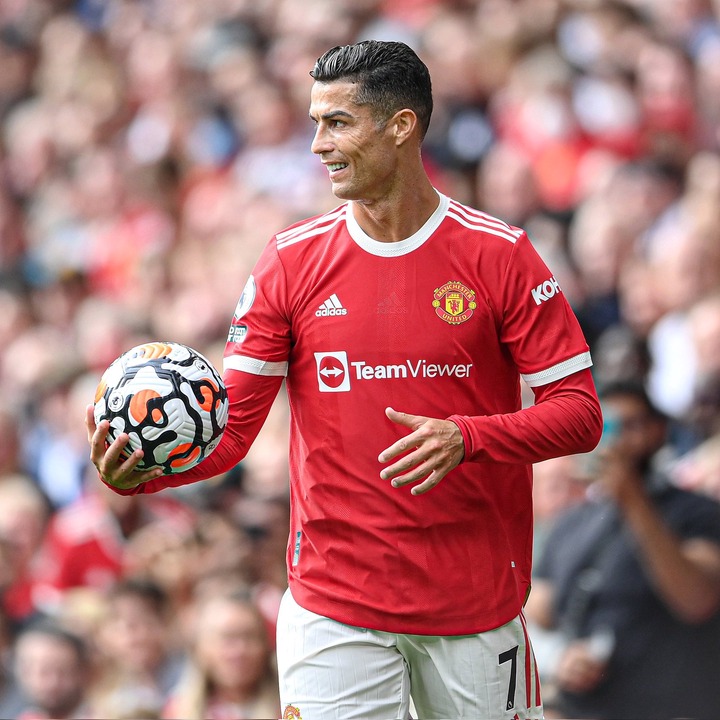 Division now seems to be rocking English Premier League giants Manchester United following one of the most unexpected moves made by their new signing Cristiano Ronaldo after the substitute during the Champions League clash with Young Boys Bern.

Just at the second half match of the game, Cristiano Ronaldo alongside Bruno Fernandez came to push fellow teammates to work harder from the touchline after being substituted by Ole Gunnar Solskjaer.

However, this move seems to have annoyed some fans and even the club's top legends including Rio Ferdinand who made it very clear in his statement that he would tell Cristiano to sit down if he were Ole Gunnar Solskjaer.

"If I'm the manager, I've got to be honest, I'm telling him to sit. I get it though. He is just a passionate guy. He wants to win, he is desperate to win and he can't hold it in," Says Rio Ferdinand.

Most fans have come to agree with him as they consider the move made by the world's greatest goal scorer as being disrespectful to his manager Ole Gunnar Solskjaer by trying to do a work meant for his Manager.

Others are of the view that Cristiano was doing the right thing since he could not just seat there and watch his team being humiliated by opponents in that highly competitive match.

This group have even tried to defend him while stating that Ronaldo was just trying to drive the attention of the referee to book Young Boys Bern's player with either either a red or yellow card after making a bad tackle against Matic who was down at the moment.

Below are some of the mixed reactions coming from fans indicating some show of division in their opinions; 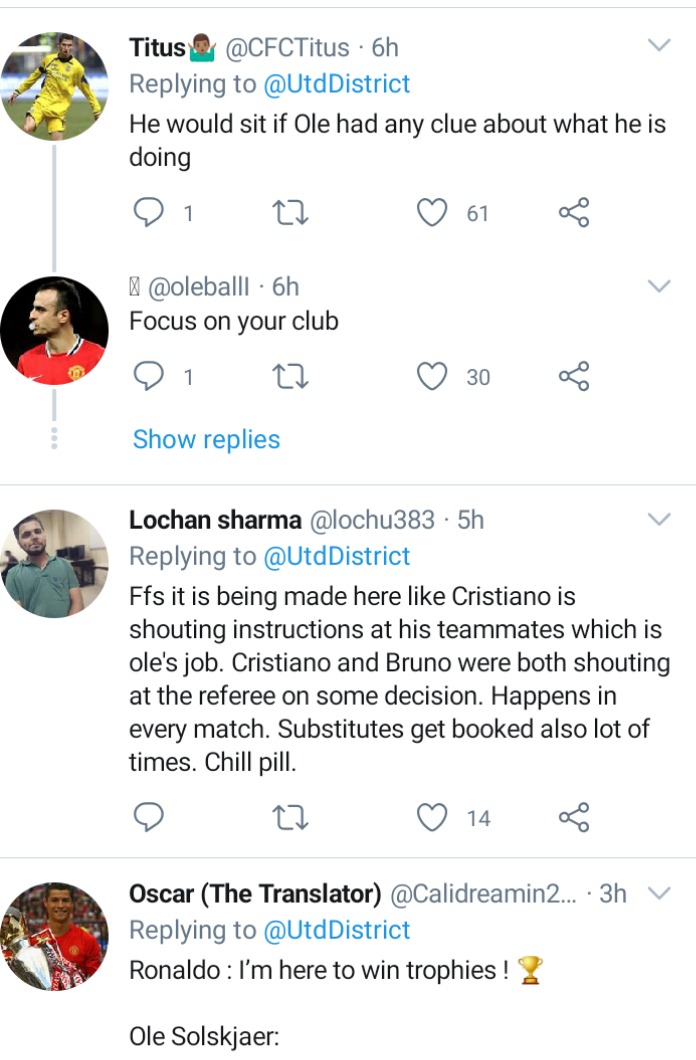 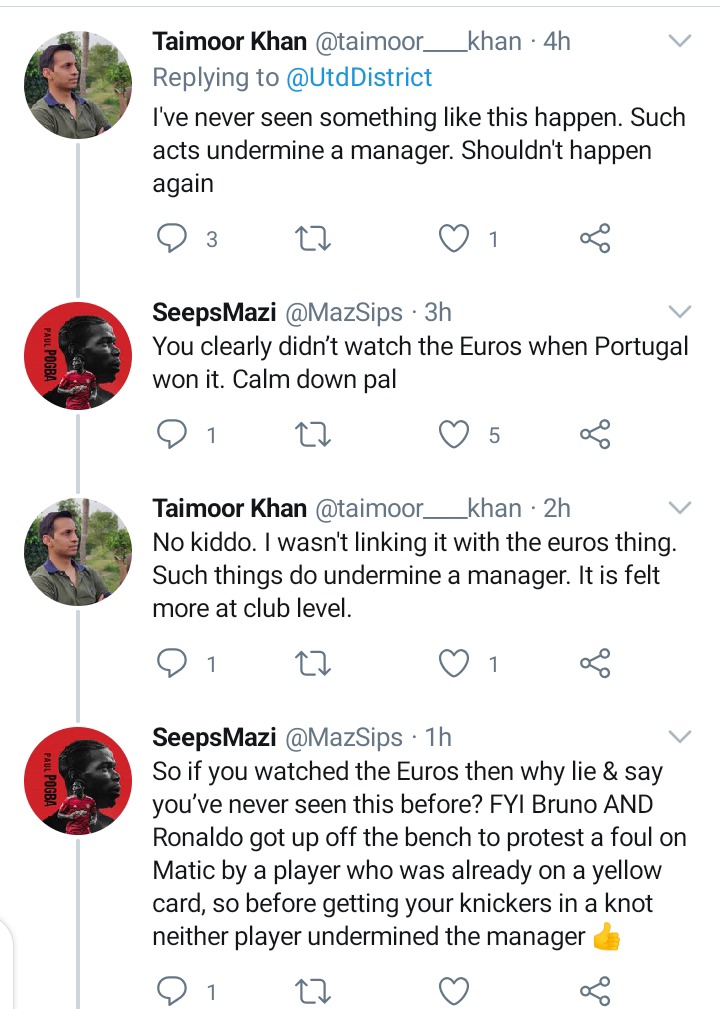 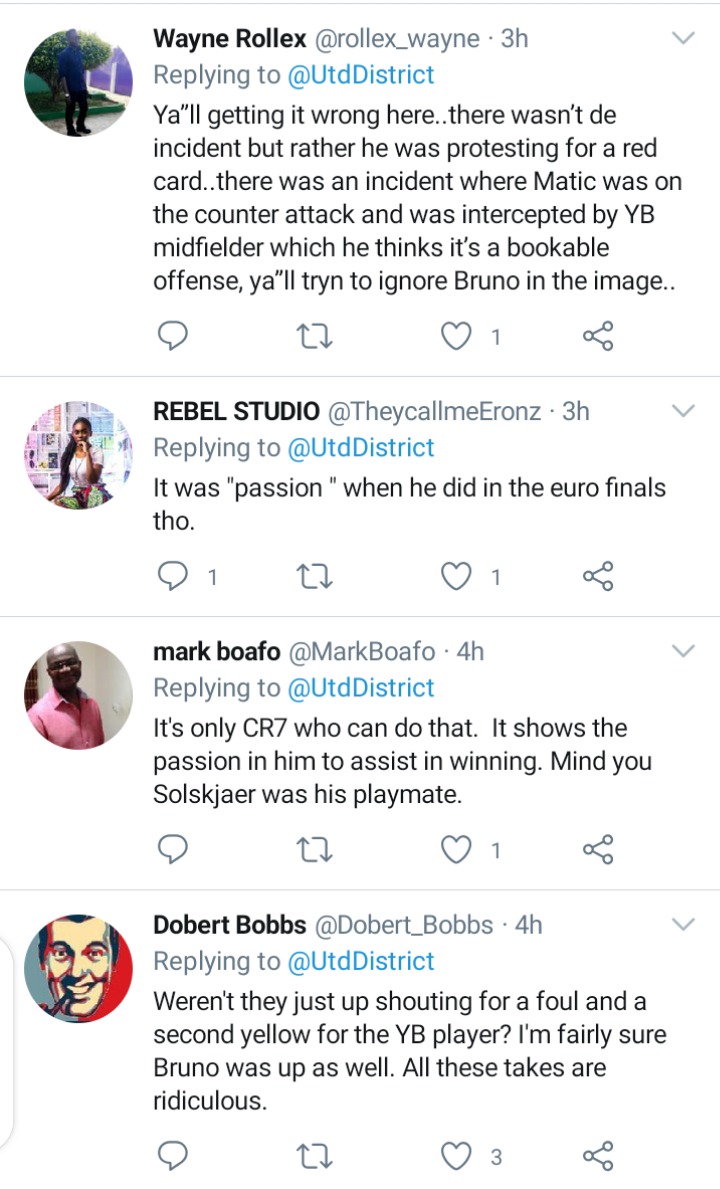 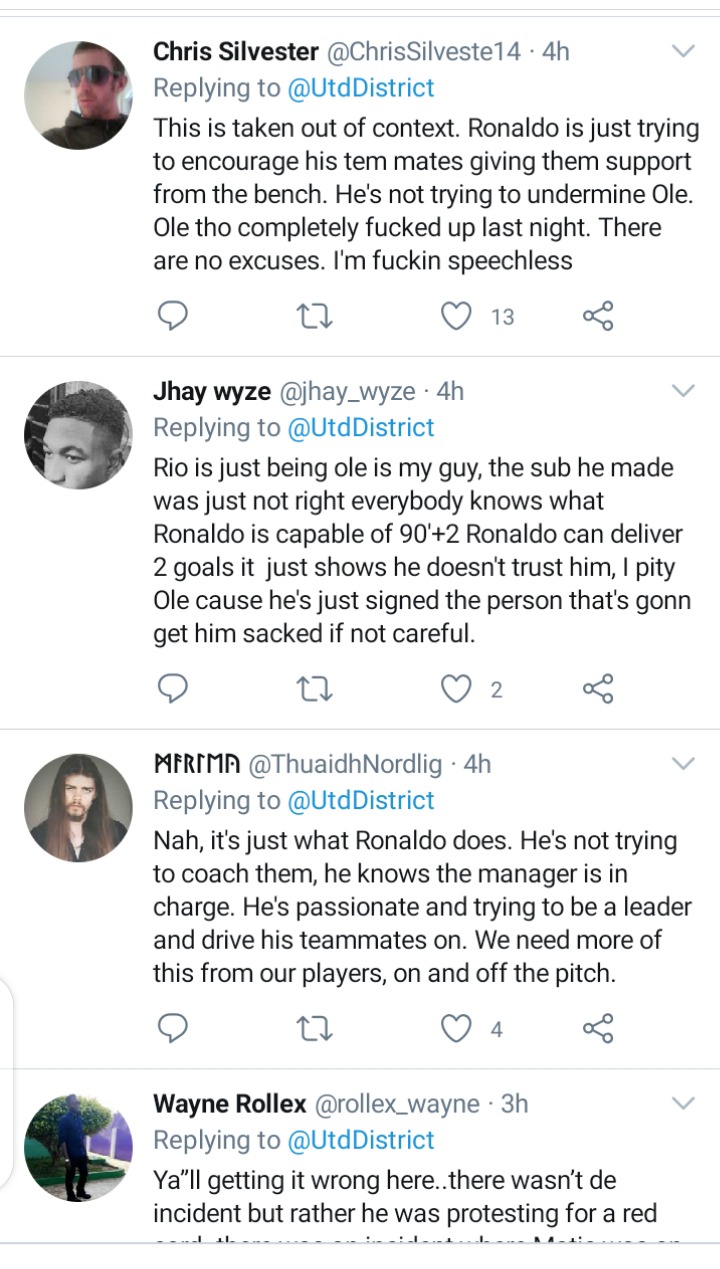 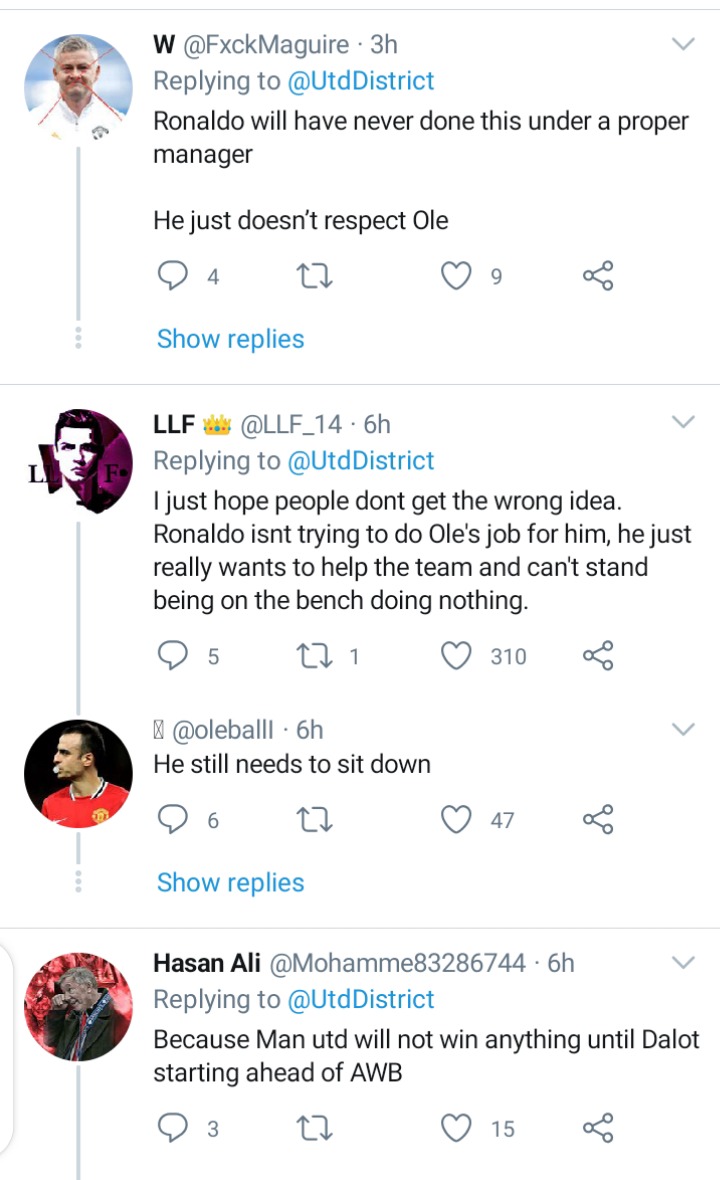 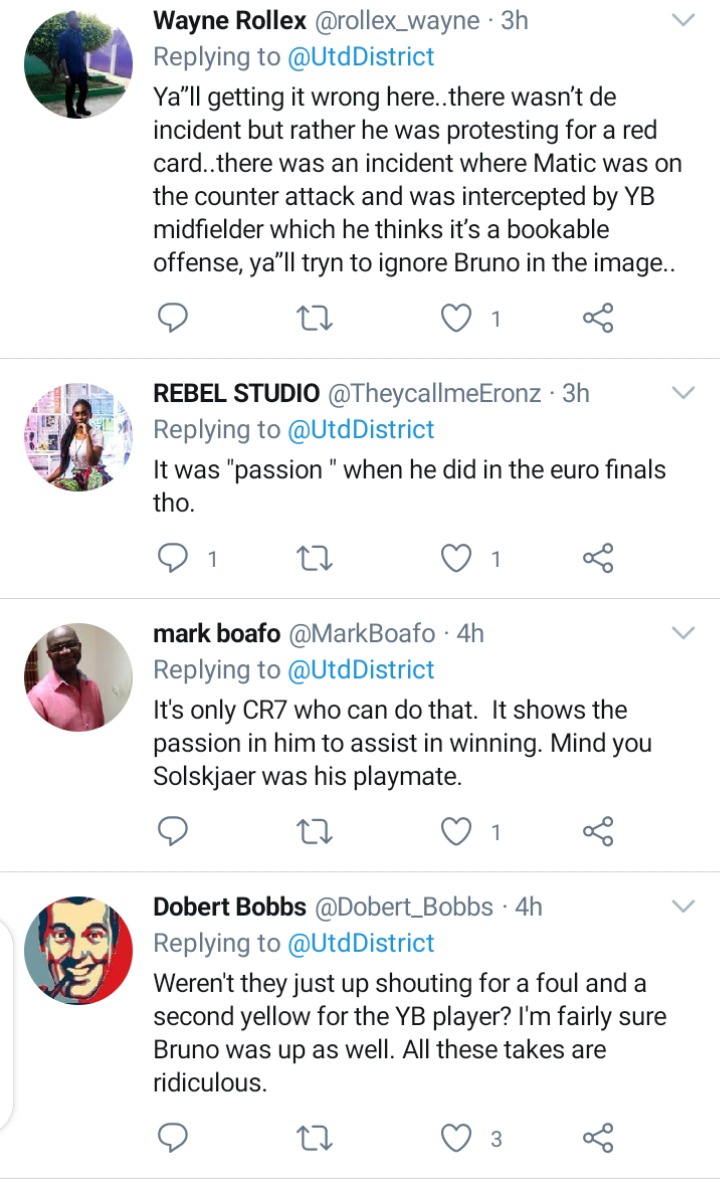