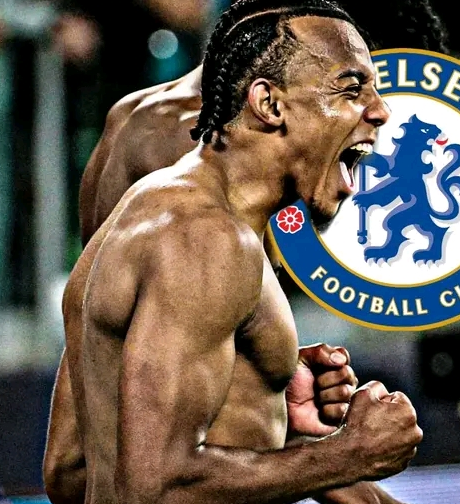 Chelsea have reached agreement with Jules Kounde to join Stamford Bridge this summer transfer window and Sevilla want the deal to be completed before 30th June 2022. Sevilla are asking for £59 Million to allow the French defender to leave Ramon Sanchez as they look forward to balance the books. Chelsea & Kounde have agreed on the terms of the contract but still negotiating with Sevila for the transfer fee. Jules Kounde is the Chelsea main summer target after the departure of Andreas Christensen and Antonio Rudiger, but the club is also considering Kimpembe, Josko, Giminez, Declan, Tchouameni and Cucurella ahead of the summer transfer window according to Nizaar Kinsella - GOAL reports. 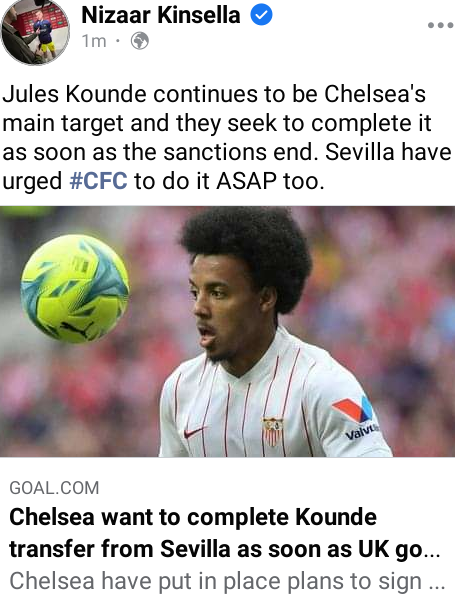 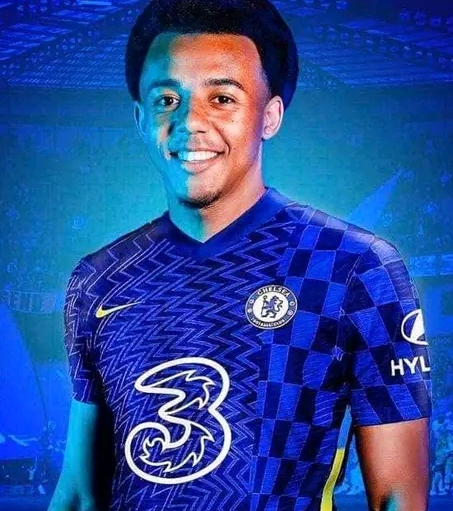 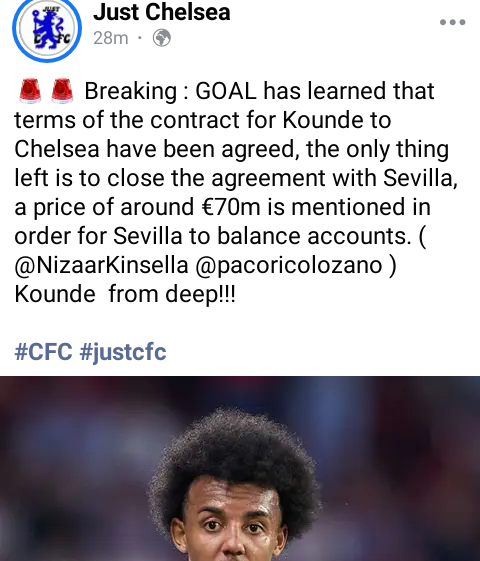 Roman Abramovich 19 years tenure at Stamford Bridge incharge of Chelsea is set to to end after the Russian reached an agreement with the UK Government to push the sale through. Chelsea had announced a sale agreement with Todd Boehly consortium and Abramovich had promised to donate the proceeds of the sale to a charitable organisation to help to a new charitable organisation to help those suffering in the Ukraine War. Chelsea takeover was thrown into jeopardy earlier this week over Government concerns about the sale sale structure but Abramovich and Downing street have reached a resolution to proceed with the sale. 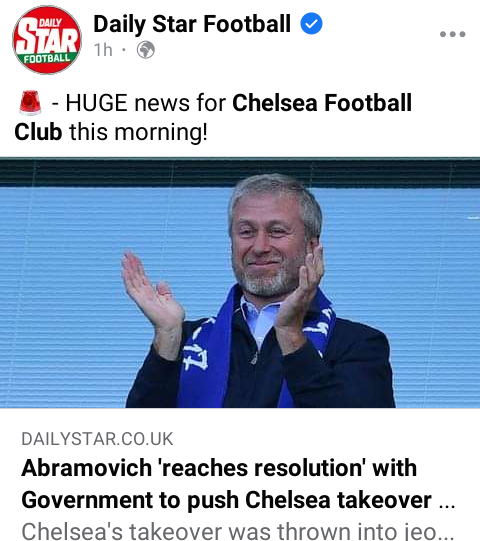