By lawrencemuyela (self media writer) | 12 days ago

The Dutch man has been seen as a game changer to the Old Trafford team after a superb performance in recent days since he has ensured that the Red Devils are unbeaten in more than seven games at Old Trafford .This come after yesterday's win over their rivals Manchester City. 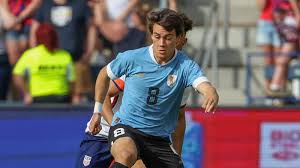 This shows that United players are much concerned and well focused under Erik Ten Hag.Some of the players who have improved under the manager are England international left back Luke Show,Anthony Martial,Marcus Rashford ,Dalot ,Fred among others.

However,Ten Hag has given youngsters like Gernacho who has shown his prove that he can make United great again after Christiano Ronaldo.Gernacho has made crucial assists to Manchester United which has left many saying that he is the next super star after Christiano Ronaldo.He has become the youngest player to make an assist in derby game after yesterday's win against city since he made a clean assist to prolific forward Marcus Rashford to score the winning goal at Old Trafford Yesterday. 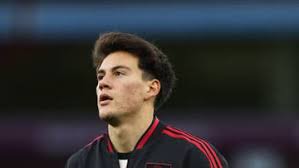 With team intact ,another younger is seen coming up is Facudo Pellestri .Although he has been handed few minutes of playing ,Pellestri is another name in the town after his superb performance during Carabao game against Charlton where he come in with less that ten minutes left and showed his worthy assisting Manchester united to score the two late goals that were scored by Marcus Rashford.

According to reports from Brazil, both Botafoga and Flamingo clubs are after Pellestri over a loan deal or permanent deal.

However, according to a Brazilian journalist Jorge Nico,the place representative has met Manchester United over the deal for the player but the manager has said it No.

Globo Esporte has also reported that the Uruguayan super star has been looking forward leaving United this January due to lack of playing opportunities with Watford,Botafogo being among the clubs that have shown interest in him ,however,the same media outlet has confirmed that Manchester United have turned down Pellistri move as they have plans for him.

The Brazilian journalist Jorge Nico added that Manchester united manager Erik Ten Hag has said no since he has faith and trust in Pellistri.This is a prove that Pellistri is staying at the club to prove his worthy.

What is your take on this ?Is Pellistri worthy enough to stay at Old Trafford? And what is your views on Erik Ten Hag ? Feel free to comment and even follow me for more updates.

Content created and supplied by: lawrencemuyela (via Opera News )