Top English Premier League clubs that is Manchester United, Man City, Liverpool, Arsenal, Chelsea and Tottenham Hotspur are all risking being eliminated in the UEFA Champions League next season after agreeing to the the newly proposed European Super League which is expected to start any time from now. 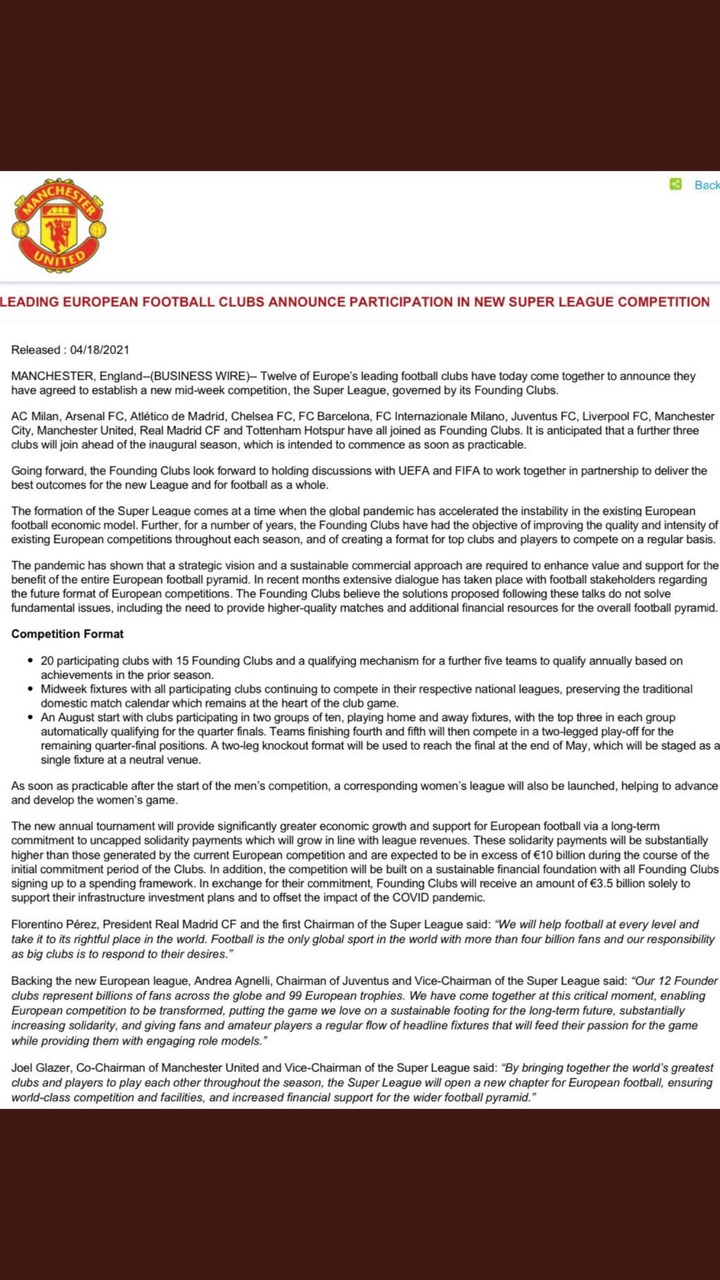 Their ban in UEFA was confirmed by UEFA’s Alexander Ceferin saying, “The players that will play in the Super League will be banned from playing in the World Cup and Euros. Ceferin. They will not be allowed play for their national teams”. 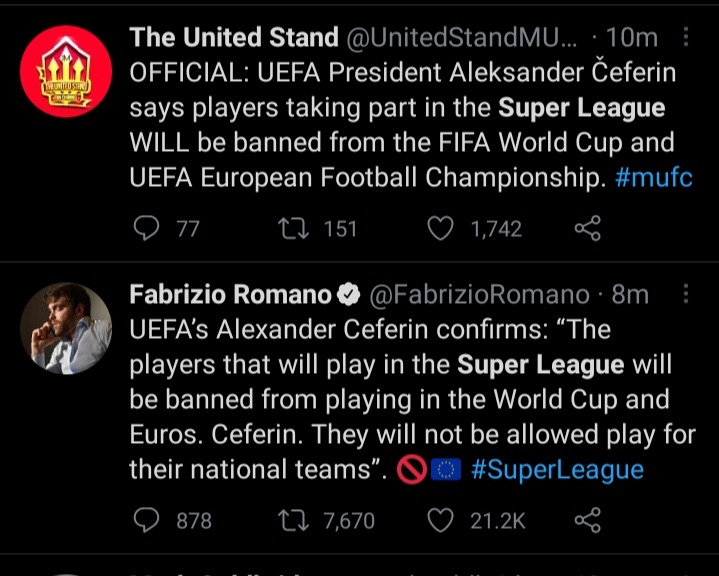 This will see some big teams fail to qualify for UEFA and some fans have commented concerning this selfish act of the greedy club owners as the league will benefit them majorly not the fans of football.

A fan, Tim Shires wrote, "Maybe the likes of Daniel Levy, Ed Woodward, Roman Abramovic, Sheikh Mansour & John Henry need to be educated on the story of the Ashton Gate 8 to realise how important football is & the sacrifices made to keep a club going. Sadly - I don't think they'd care. Pure greed." 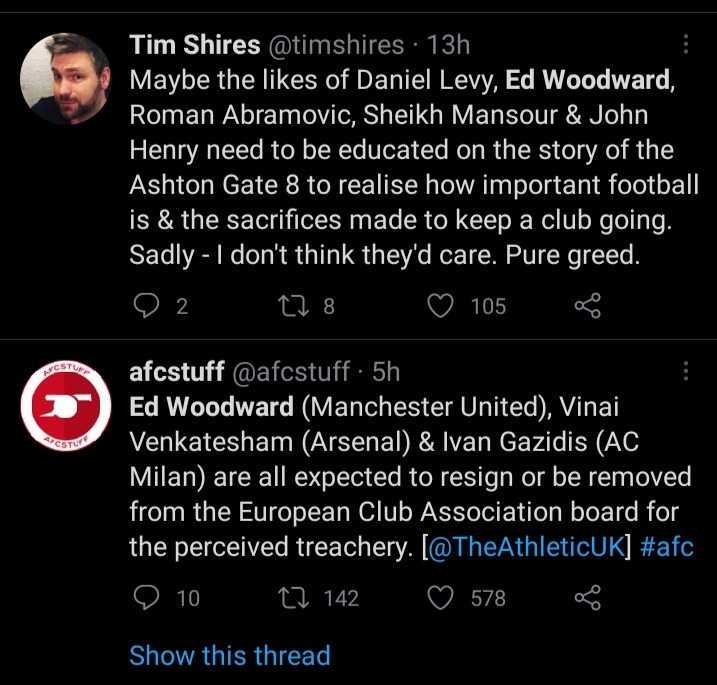