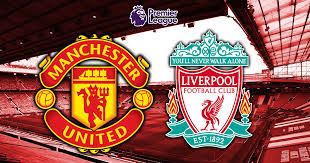 The big match at old Trafford between Manchester United and Liverpool finally got underway as the two rivals tried to outwit each other.

Nevertheless, it was Klop's side which came out top as five goals from Naby Keita, Mo sala and diego Jota left Ole's side in a precarious position having started the season very well.

United headed into the fixture after beating Atlanta 3-2 in the champions league Midweek where they had to claw back a two goal deficit to win the game. Perhaps that was a sign of what would come soon.

Ole's side conceaded after five minutes against their fiarcest rivals but that was just the start as they visitors seized the initiative.

Diego Jota doubled the lead for Liverpool shortly after and united looked spineless and tepid on the pitch.

Mohamed salah then made it 3-0 after more awful defending from United and he scored yet another one on the stroke of halftime.

The Egyptian was at it again in the second half to make it five and Pogba receipt a red card to add to united's misery.

Here is what the Hart trick hero told skysport.

"I think it is great to win 5-0 here, we knew before the game it would be tough if we did not play our game.

“We knew they will come and try to give everything so we had to give 100%.We just tried to play our football and play in between the lines to create more chances. We did that and were lucky to score." Says sakah.

This becomes arguably darkest days in the club's history across the last decade and fans have been calling for solkjaer to leave the club.

Solskjaer said the loss is his "darkest day" as a manager but will carry on. "We know we are rock bottom, we can't feel any worse than this. Let's see where we take it," he told Sky Sports.

Below is the EPL table After the match seeing man u down to position 7 with only 14 points from 9 matches. Liverpool are at position two with 21 points, one behind the leaders Chelsea. 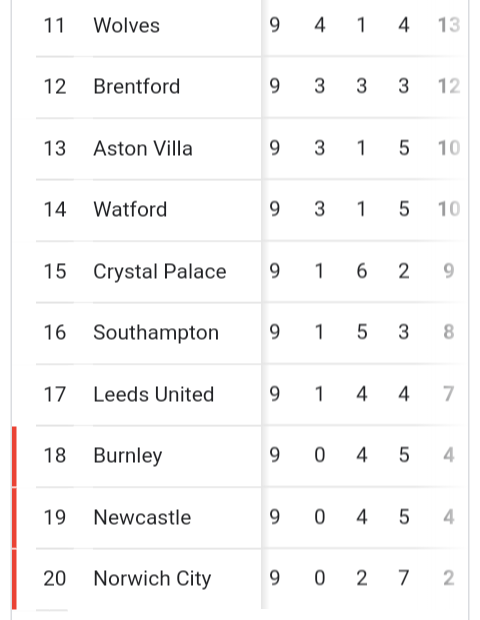 Do you think ole should go now? Feel free to share your thoughts and comments on this on our comments platform.