By Talksports (self media writer) | 1 month ago

Manchester United world cup dynamo, Paul Pogba future for the reds remains uncertain. Despite many rumours purveying around social media on signing a contract, this is contrary to reality. According to one of football best journalists, Fabrizio Romano Paul Pogba's future remains imminent as no deal agreed. With many European clubs eying a move for this France Olympian, he might look for a transfer away from the clubs.

With the rumours surrounding Paul Pogba move from Manchester United, Ole Gunnar and his staff are still weighing a move for Eduardo Camavinga. For a long span now, Camavinga is still eyeing a move away from Lille after a couple of successive seasons. The France young midfielder football future seemed to catapult around the centre of his origin, as he has spent his future in France. 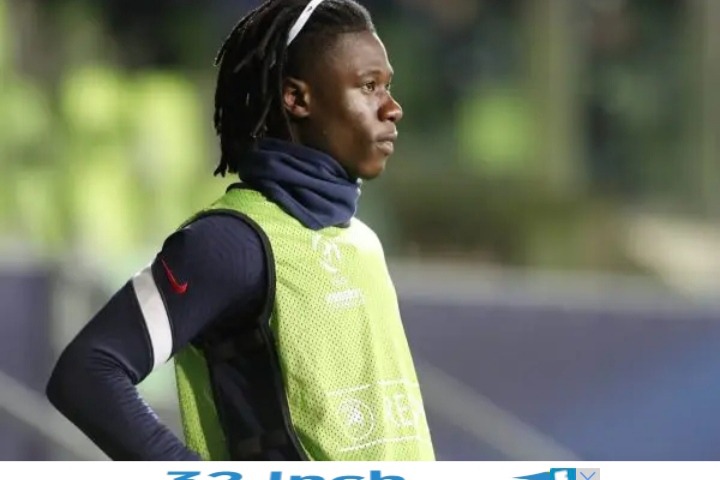 The 18-year old France prodigy is famed for his tackling abilities and also his energy. In his senior debut, Camavinga scored two crucial goals for his side and also he has assisted twice. Reports suggest that Camavinga future at Lille is bewildered by top admirers that he refused to pen down a new contract. This was confirmed a week ago as he refused to pen down a new long term contract. Instead, he is looking forward to a move away from France with Manchester United being the top contenders to sign this prodigy.

Camavinga qualities might not be the same as his France compatriot, Paul Pogba. However, their qualities are seemingly the same as both have almost the same form of play. His release clause is in the region of around $35m.

Also, after reading tap the follow tab at the top and you will be updated exclusively.

Just in: Newcastle vs Spurs Match Suspended For An Emergency in The Crowd After Tottenham Comeback

Arsenal Fierce Lineup vs Palace With Xhaka and Partey in Midfield, Ramsdale in Goal, Auba in Attack