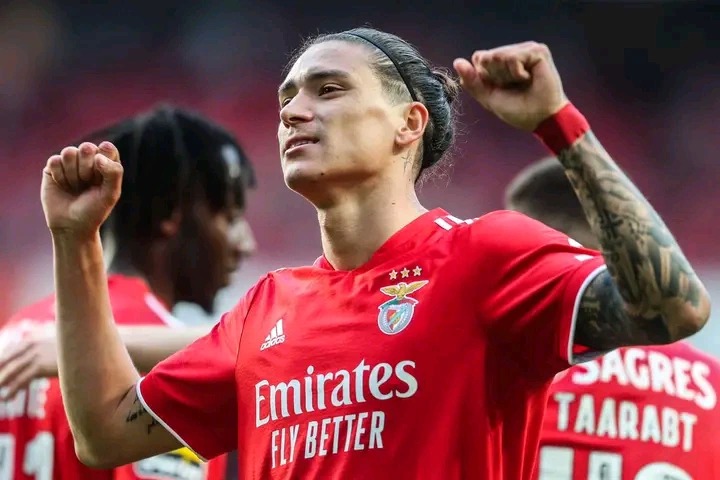 This season, Manchester United are hoping to add a striker to their lineup, despite the fact that Cristiano Ronaldo is in fantastic form in terms of scoring goals. The 37-year-old player's current contract will expire in one year, and the club is said to be planning for the future.

New speculations suggest that the Uruguayan has rejected the possibility to join United due to the club's lack of participation in the Champions League, despite the fact that United are said to be interested in signing the player.

According to RMC, both Manchester United and Newcastle are interested in signing the striker, but the player has turned down both offers because he wants to compete in the most renowned championship in Europe.

It was inevitable that Manchester United's dismal performance in the Premier League would hurt them in the transfer market, and it seems that both Nunez and Frenkie de Jong, who were both prospective transfer targets, are looking at alternative opportunities.

United had not been able to qualify for the Champions League in the past, and with the exception of the summer of 2014 — the only time in the history of the Premier League that they did not have Champions League football — they have had trouble attracting the finest players.