By Veronika (self meida writer) | 1 months 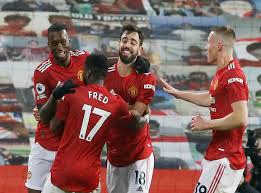 The years pass on the side of Montpellier but the MHSC still does not manage to enter another dimension and remains stuck in the soft underbelly of the standings without managing to qualify for a European competition. Last year again, despite a very good team, the Hérault residents could not get better than an 8th final place insufficient to hope for a European future, and, finally, the coach, Michel Der Zakarian, exchanged his place with that of Olivier Dall Oglio in Brest. Despite a good start to the match against Marseille on Matchday 1, the players from La Paillade were then joined in scoring and then beaten at the end of the match by OM 2-3. Then, last Sunday, they were hooked in Reims after a thrilling 3-3 meeting. Lorient, for its part, will especially want to obtain a fairly rapid maintenance in this championship in order to avoid experiencing as many fears as last year.

Indeed, the Hakes had missed their start to the season and had therefore spent several months in the red zone before reacting after Christmas and catching up again. Finally, the Bretons finished in 16th place in the standings and were therefore able to hold on. Authors of a good draw in Saint-Etienne when they entered the running this season 1-1, Christophe Pélissier's players were then able to overcome Monaco 1-0 last week.

During the summer, the historic defenders Hilton (43 years old, end of career) and Congré (Dijon) left, as did midfielders Le Tallec (AEK Athens) and Dohy (without a club), and substitute strikers Benchamma and Yun. On the other hand, the Héraultais attracted the Brazilian defender Tulher (Flamengo) on loan while the young midfielder Léo Leroy (son of Jérôme, Châteauroux) signed up as did the former international defender Mamadou Sakho (Crystal Palace) who suffered last week for its premiere. The excellent forwards Laborde (16 goals, 8 assists last year) and Delort (15 goals, 9 assists) should start, both having scored last week in Reims. On the other hand, the goalkeeper Omlin is on the floor at the moment as the long-term injured Oyongo and Pedro Mendes. Often left out last year, defenders Saunier (without club) and Delaplace (without club), the center-forward Bozok (Kasimpasa) and midfielders Wadja (Caen) and Marveaux (Charlotte) were not retained by the Breton leaders while the young Gravillon (Inter), Chalobah (Chelsea) and Ilori (Sporting) returned to the their respective clubs after being loaned.

Finally, the formidable Wissa (Brentford) joined England which allowed the club to strengthen financially. Only right-back Igor Silva (Osijek) and 20-year-old midfielder Bamo Meïté (Laval) have been recruited. The midfielder Boisgard, positive for the covid, the unimportant Lecoeuche, Mouyoukolo and St. Diarra and the young Loric will not be traveling for this part.

Struggling Montpellier have found the going pretty tough on their own patch of late, winning only four times in 18 attempts in the Ligue 1, not to mention suffering some defeats in their previous ten games. Lorient have endured few such difficulties on the road, enjoying eight successes over the course of their last 14 away matches at this level.