By NewtonAgwenge (self meida writer) | 29 days

Former Arsenal star midfielder, Patrick Vieira is reportedly set to be appointed the new manager of Premier League side Crystal Palace, with the 45 year old poised to take over the reigns at the Selhurst Park Stadium, replacing Roy Hodgson who left the club at the end of last season. 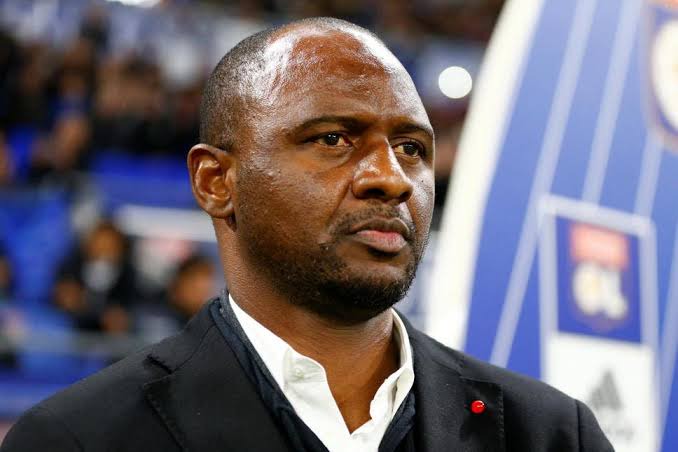 According to multiple reports from British sources, including Sky Sports News as well as The Athletic, Vierra has agreed to become the new Crystal Palace manager with the deal set to be finalized later in the day as the two parties are now working on visa application. 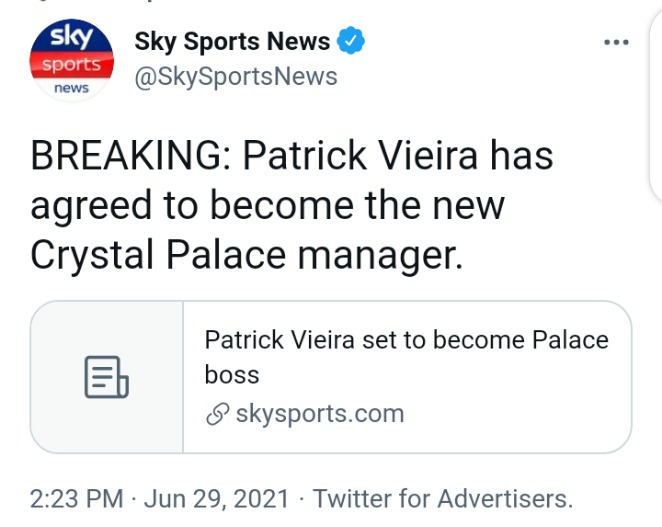 Patrick Vierra have had a promising managerial career, with him having a successful spell with American side New York City as well as Ligue 1 club OGC Nice though a five-match losing streak saw him dismissed at the Allianz Riviera Stadium last December. 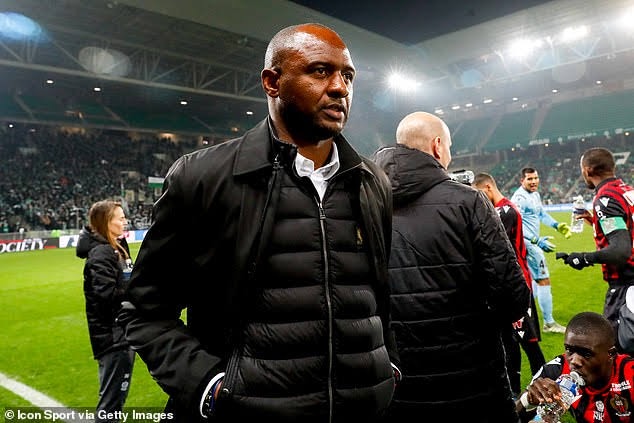 Meanwhile, the French tactician is expected to oversee first pre-season training with his new club on Monday as he prepares the team for next season and hence, it remains to be seen how he will fare in his new role in the Premier League.

Professionally Analyzed Matches To Earn You 20K With a Minimum Stake of Ksh.500

Thursday 11 Must Win Matches To Earn You Big.