By Destinyconnector (self media writer) | 3 months ago

Chelsea's forward central striker Timo Werner has breaks his silence following his transfer rumours to join Real Madrid or Bayern Munich before the new season commences. This came after his agent rejected Chelsea's request to rule out the player's link to move away from Stamford Bridge after he claimed that football is fast moving. 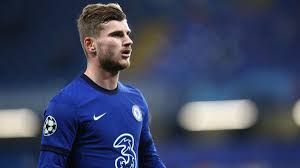 On 18 June 2020, Werner agreed to sign for English Premier League club Chelsea, who activated his £47.5 million release clause, on a five-year contract. He joined the club on 1 July.

"Julian let Timo play in a different position at Leipzig. A bit like Thomas Muller at Bayern. Julian and Timo appreciate each other. Of course, I don’t yet know what will happen in three or four years. Football is fast moving.” Timo Werner's agent told the German Sky Sport News today in the evening. 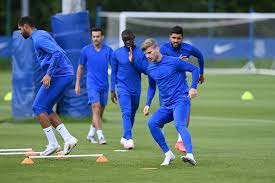 Timo Werner has deliver his verdict according to this rumour claiming that he is still happy at Chelsea and is ready to stay at the club for longer period beyond next season. Werner further explained that he hasn't accomplished his mission at Stamford Bridge claiming that their win against Manchester City in UEFA Champions League competition was just the tip of the iceberg.

" I know that I'm a world-class player but I'm currently happy at Chelsea. I cannot speak about moving away from here before the coming season ended since I have not fully fight for this great club" Timo Werner told the England Sky Sport News today evening. 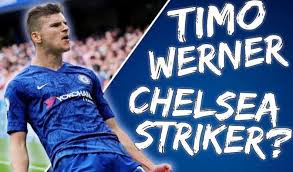 " I'm not worried of my position but I'm ready to defend it even if we will see new faces at the club in the coming transfer window" Timo Werner added.