Six exclusive goalkeepers to have scored a goal in EPL

By Vinjames (self media writer) | 6 months ago 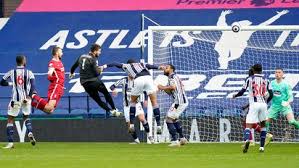 on a 10th season at Aston villa , a Manchester united legend became the first goalkeeper to score a goal. Schmeichel unleashed a stunning volley goal from late stautons corner. The legend managed to score 13 goals in his entire career including a Manchester united champion s league goal against Rotor Volgograd in 1996.

Dreidel fired a superb strike after awarded corner at stoppage time that lead to a dramatic draw of 2-2 ,however freidels goal wasn't enough for the match after he soon picked a ball from his own net scored by clause Jansen.

Tottenham were at 1-0 lead before Robinsons free kick at 75-yards took a wicked bounce I've Been foster into the net . however Paul Robinson felt emotion having headed home last minute equaliser for Leeds against Swindon back 2003 .

On this day freak winds and an equal freak bounce helped Tim Howard's 101-yards clearence loop over Adam Bagdad. However Howard refused to celebrate out of bagdads respect, uncertain Howard's side lost 2-1 after David ngog and Harry Cahill goals at stoppage time.

The quickest goal came after just 13 seconds but it was in no small part down to Dejan lovren's decision to let Asmir's free kick take a rediculous bounce leaving Artur Baruc helpless, however stock lost 2 points after jay Rodriguez strunk first half equaliser.

Allison is the most recent to join an exclusive list after he strunk a winning header goal against relegated westbrom ,Allison scored from Arnold's corner.

Content created and supplied by: Vinjames (via Opera News )

Inside The Life Of The Richest Man on Earth

No More Wasting Money On Bricks, Cheap And Easy Method Of Construction

Opinion: Here Is What Might Have Caused The School Bus To Plug Into The River In Mwingi Yesterday

Why Hon Eseli Simiyu and Hon Wafula Wamunyinyi scored an own goal in their recent Political Moves.

Atwoli Offers A Powerful Statement About The Future Of OKA

Why Drivers Should Never Drive Across Flooded Areas In Relation To Kitui Bus Tragedy.