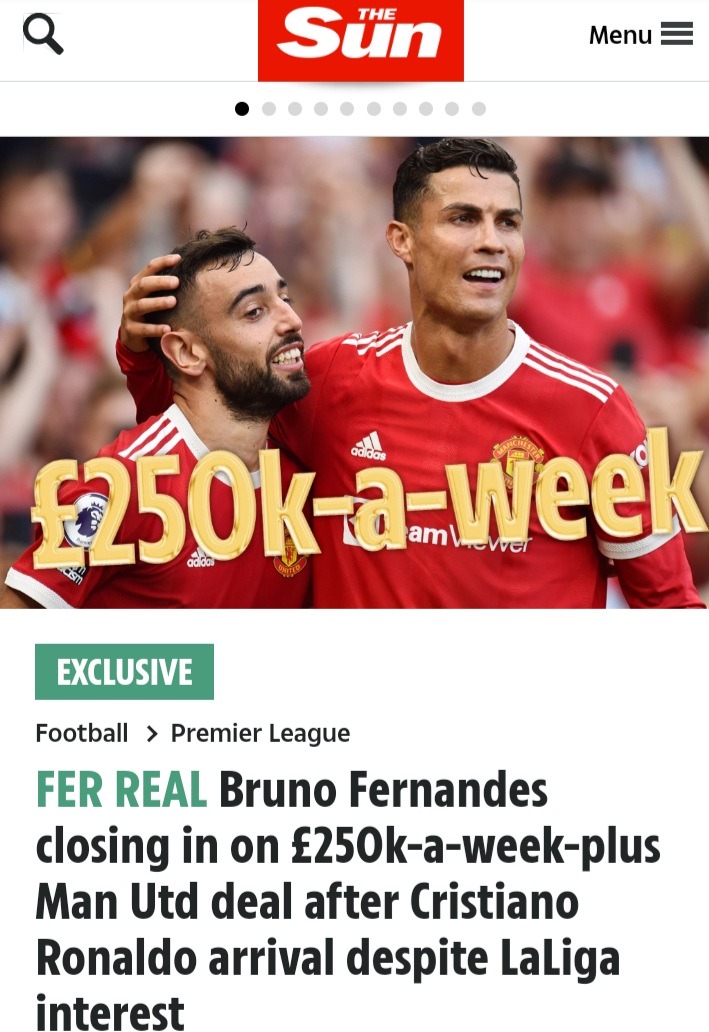 Manchester United have suffered there first defeat of the season. After a two goals to one results in the hands of Switzerland outfits Young Boys. 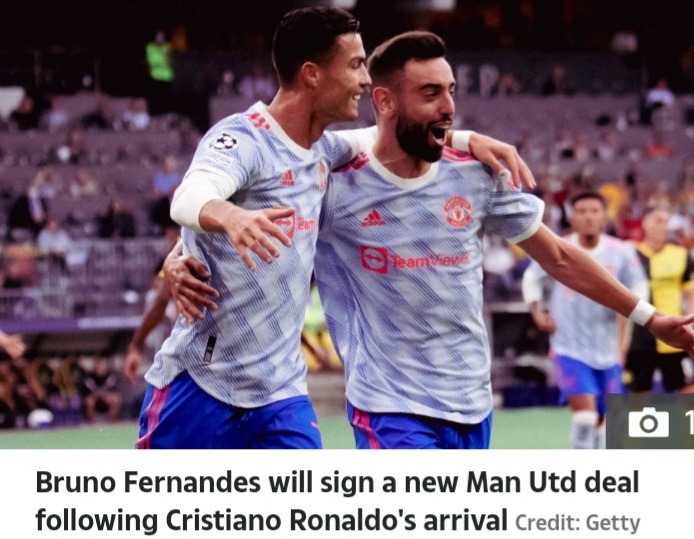 Next for Ole Gunnar's men is a tough encounter. In the premier league against West Ham on Sunday. However after the introduction of the Portuguese international Cristiano Ronaldo. 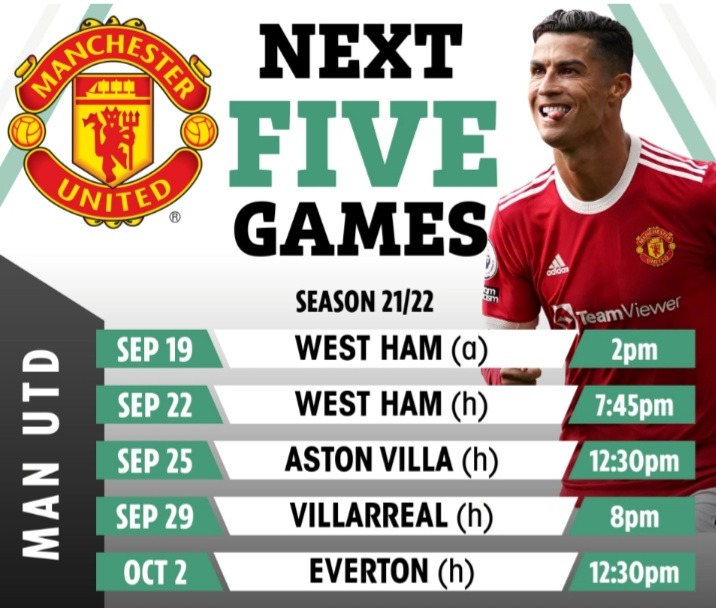 The Premier league giants may still benefit from the Portuguese return to presence. These is after it is claimed by the Sun. That fellow Portuguese international Bruno Fernandes. 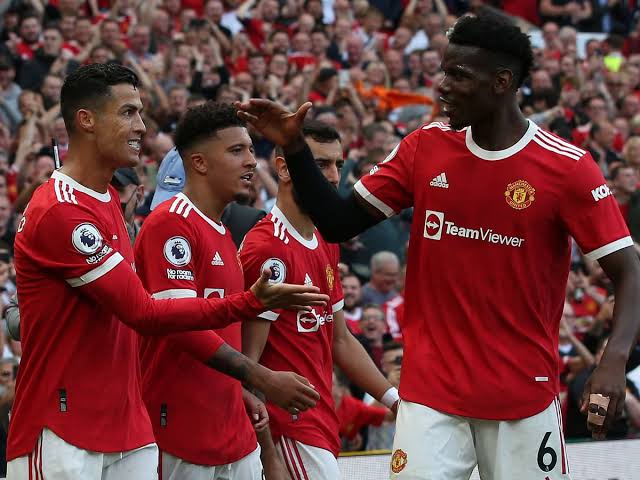 May consider extending his stay at the club beyond his current contract expiry date. Currently Bruno is on £180,000 per week salary. 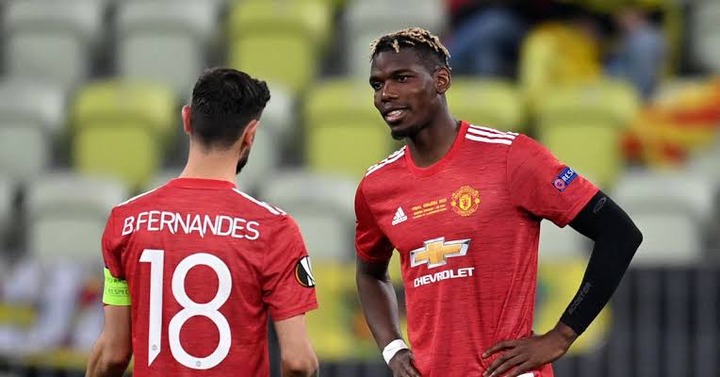 But the publication claims that he may be on the verge of a new. More than £250,000 per week five year deal. With add ons and incentives included in his contract. 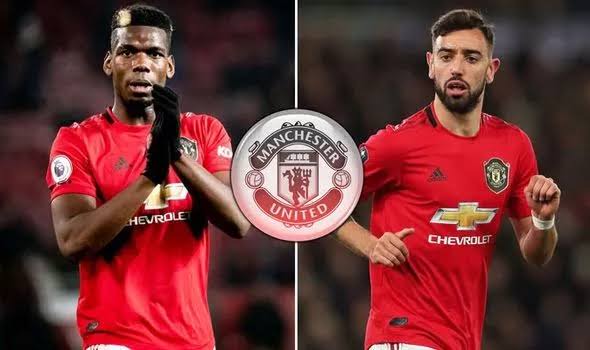 According to SunSport, his new terms. Which will run until 2026 is set to be announced. Within weeks as per the publication after successful talks. 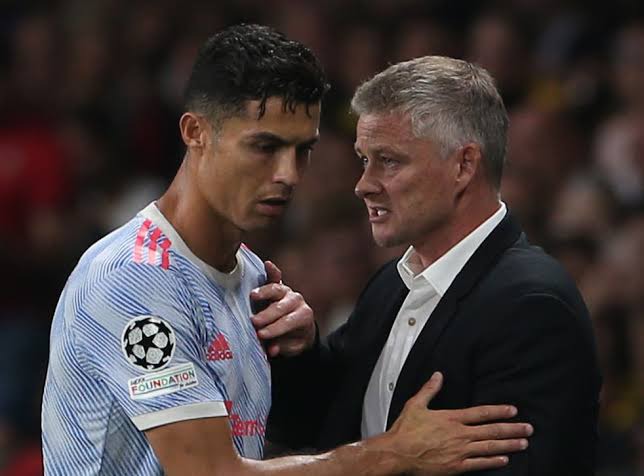 Meanwhile Ole Gunnar may be pondering on life without the Frenchman. Pogba in his team as from next season. 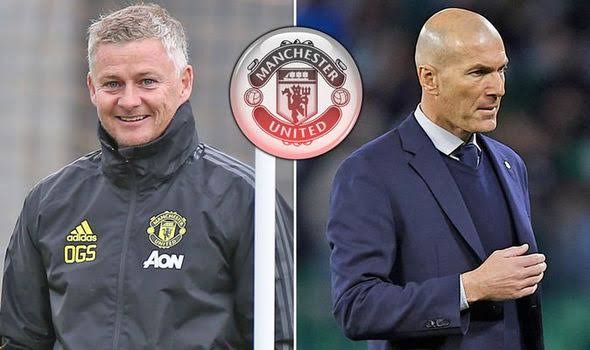 The former Juventus playmaker hasn't agreed new terms with United. And has 12 months in his current contract. PSG and Real Madrid have been linked with his signature.