Opinion: A Team That Must Win The Europa league

By pkuruikoech (self meida writer) | 14 days 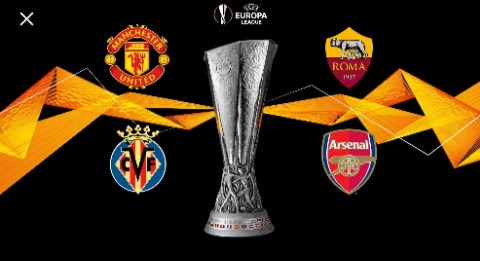 United’s last chance for a trophy

The Europa League is Manchester United’s last shot at winning some silverware this season and having fallen at the semi-final stage of the same competition last term, the heat is on for the Red Devils.

Ole Gunnar Solskjaer’s side took care of business with relative comfort in the tournament’s earlier rounds, dispatching fancied Real Sociedad and AC Milan sides, along with La Liga outfit Granada while conceding just one goal along the way.

United kept Paul Pogba and Edinson Cavani in reserve for their 0-0 draw at Leeds on Sunday, and both influential stars are expected to come back into the XI on Thursday. Uruguayan veteran Cavani has notched more goals against Roma than any other Italian team during his career.

Roma squeezed past Ajax in the Europa League quarter-finals to set up their double-date with Man Utd, despite notching just seven attempts in each leg, and enjoying only 28% and 34% of the ball in their home and away skirmishes with the Dutch giants respectively.

The Italians will bring a few familiar faces to Old Trafford in former United players Chris Smalling and Henrikh Mkhitaryan, while ex-Man City striker Edin Dzeko has bagged more goals against United (six) than any other English team.

Goals at both ends in Manchester?

With just two wins from their last eight games, Roma take some patchy form to Manchester on Thursday, though Paulo Fonseca’s side have at least carried a consistent goal-threat even if their results haven’t matched.

Roma have scored at least once in 13 of their last 15 assignments and they have registered in all but one of their Europa League tests this term. United meanwhile, have conceded in four of their last seven home matches, suggesting a crucial away goal could be on offer for the Italians.

The Giallorossi have been all over the place defensively in recent outings however, shipping six goals in their last two away matches at ordinary Torino and Cagliari outfits.

A higher-class United team have the tools to manufacture opportunities against that same brittle backline, and backing both teams to score is advised as a result.

The hosts – who have won seven and drawn three of their last ten home matches – have the firepower to outgun Roma on the night, and our 2-1 correct score prediction tips Solskjaer’s charges to establish a slender first-leg advantage.