Friday Most Sure Tips To Place on and Earn Big Cash

Bielefeld have gone four home matches in a row without winning.

Leipzig have a winning streak of three games away from home.

Fabian Kunze has more yellow cards than any other player at Bielefeld. Marcel Sabitzer has collected five for Leipzig.

Genoa haven't won in their last six games since January this year.

A year ago, Parma Calcio were number eight in the table with 39 points. Now they are number 19 with 18 points.

Saint-Etienne's home record this season is 3-6-7. They have conceded in three of their last five games.

Monaco's away record this season is 8-1-6. They have scored in four of their last five matches.

During the last ten meetings with Saint-Etienne playing at home, Saint-Etienne have won six times, there have been two draws while Monaco have won three times. The goal difference is 28-16 in favour of Saint-Etienne.

Fulham have not lost to Leeds in their last 4 encounters on home soil.

Leeds's away record this season is 6-1-8. Both teams have conceded in three of their last five meetings.

Leeds have lost three away matches in a row since February this year. They have scored in two of their last four assignments. 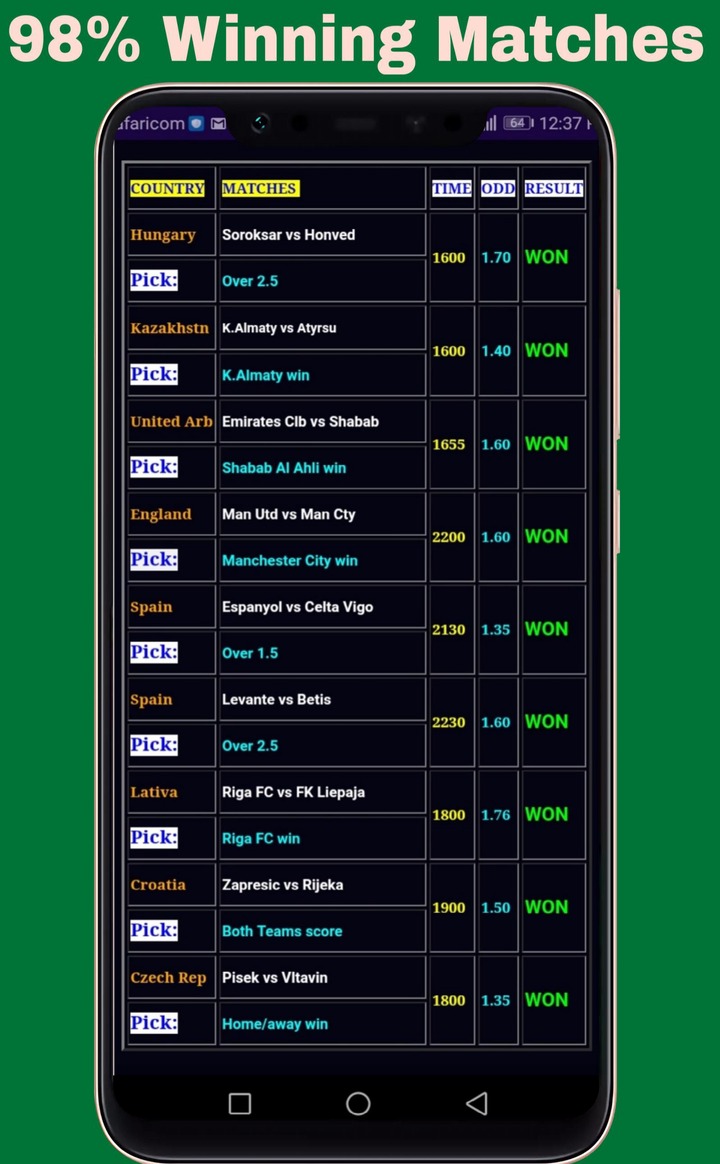 Sure Weekend Multibet To Place on This Sunday and Earn Cash

'We Are Common With William Ruto ' Isaac Ruto Now Says

The Countries With the Most Powerful Female Army in the World

File Your KRA Nil Returns Before June 30. Found Out How And Why