Mohammed Salah extended his lead at the top after he scored a brace in the match against Everton.This was a Mersyside Derby and considering Everton's poor form, a mammoth of goals was imminent.Liverpool won 4:1 with Salah bagging the two goals while Diogo Jota and Henderson bagged the rest. Sadio Mane has seven despite not scoring against Everton.Micail Antonioof Westham, Emmanuel Dennis of Watford and Raphinha of Leeds all have six goals.Antonio hasn't scored for the past four gameweeks. 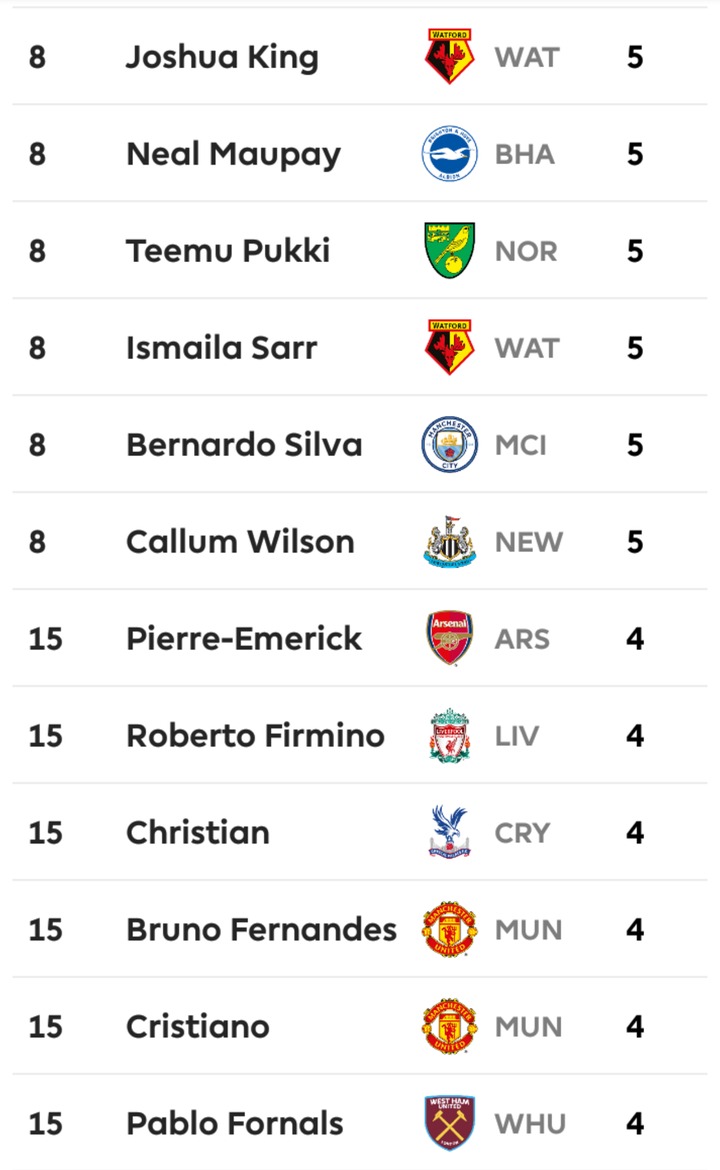 The likes of Ronaldo, Aubameyang, Bruno Fernandes, Smith Rowe and Benteke have four goals each.

This season seems to be a Salah vs Vardy affair in terms of golden boot.