Manchester United to part ways with their world class striker.

By Agevibryton (self media writer) | 2 months ago

Manchester United is set to part ways with their world class striker as his decision are reported to be final. According to transfer specialists Fabrizio Romano, he has said that he will not change his decision. The player has failed to get regular playing time since his arrival at the club. 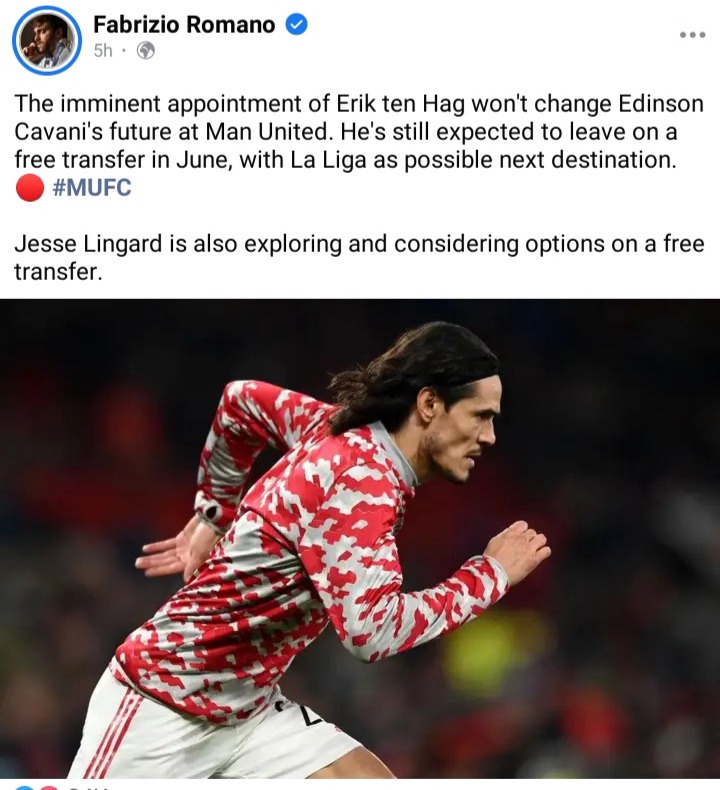 According to transfer specialists Fabrizio Romano, Edison Cavani has confirmed that even with the appointment of Erick Ten Hag he will not change his decision on his future at Manchester United. He is still expected to leave the club with La Liga being his possible next destination. He is set to leave the club as a free agent as he will not renew his contract which will expire in June 2022.It has been reported that also Jesse Lingard is considering his options to leave on a free transfer. 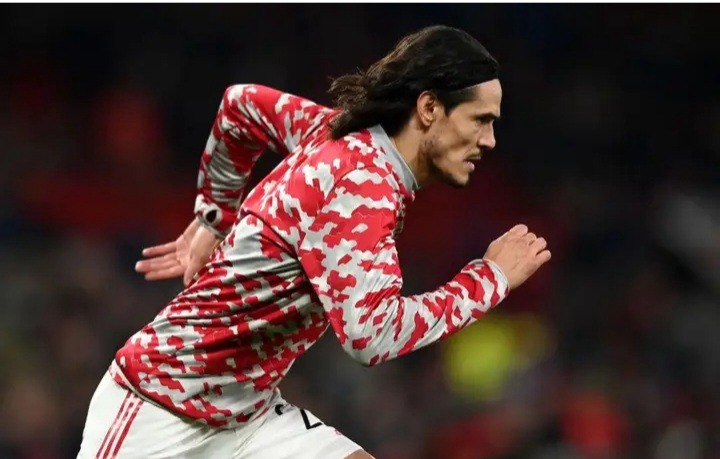 On the other hand Cristiano Ronaldo is expected to lead the foward line of Manchester United under the appointment of a new manager. Ronaldo has still one more year remaining on his contract with the club. 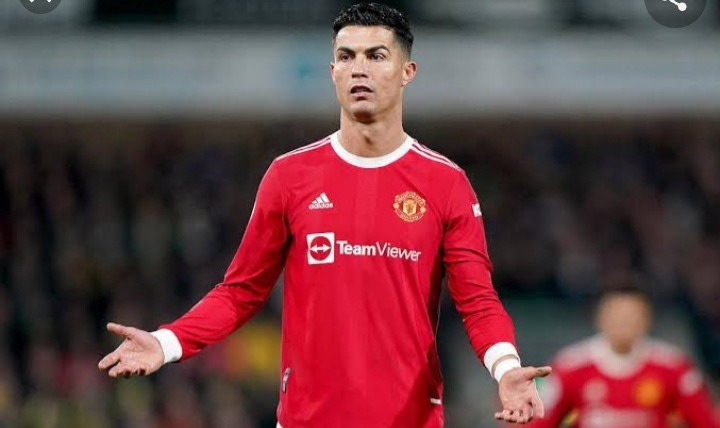