Recently there was a huge trend in twitter where a couple of people reacted to the statement made by a former member of Manchester United where he advised the coach Ole Solksjaer not to waste €20m(the clause for buying out Ighalo) on ighalo as he won't do a good job.. 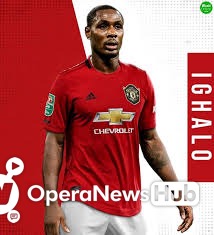 In response, many Nigerians took to their twitter account to share their displeasure with the comment with many saying that ighalo was the best striker to come to Manchester United and others blasting the former Manchester United official.

But a few were in support of his statement and one particular Neville or Manchester had this to say..

“Probably not in this market. He may have been if he continued before scoring goals but you probably don’t need now to spend £20m," Neville said. Below are some of them Is Ighalo worth staying in Manchester United?

Or is he better off in China?

Top 10 Manchester United Players That Never Made It