Manchester United for the first openings games showed their 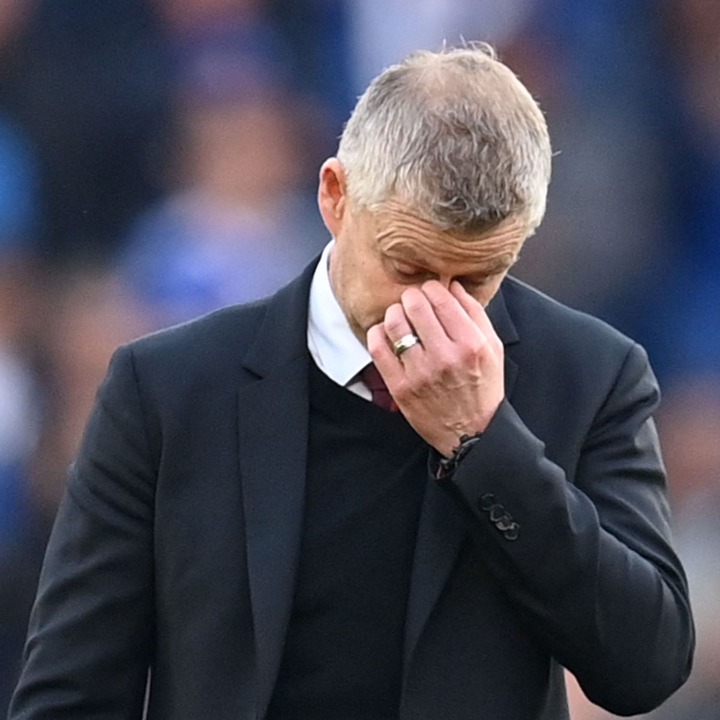 high potential of winning the title. The reds puts alot of efforts during last Transfer summer to sign three talented players; Cristiano Ronaldo who returns from Juventus after his contract comes to end with Juventus alongside is Raphael Verane and English winger Jodan Sancho from Borussia Dortmund.

At the beginning of the season the Reds really played a nice game before the downfalls begun which started when they were beaten by Young Boys in UEFA champions league qualifications stages. For the last four games Ole haven't get three points that's against West Ham, Astoni Villa, Everton and Leicester.

Ole make a mistake of starting Maguire in the game yet he was not in good form since he joins his teaammates for training on Friday after encountering ankle injury. The slight mistakes from Maguire couse Ole squad to loose the gam, the first goal was scored after Zlheanacho tackle the ball from Maguire before giving out a nice gross to Tielmans.

Ole Gunnaer is known of 4.2.3.1 formation in most of the competition. Forcing Ronaldo to play as a striker that's the finisher has makes his performance to drop since he joins the club last summer.