By BelieverRian (self media writer) | 1 month ago 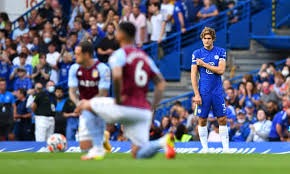 Marcos Alonso, a Chelsea left-back, has become the latest player in the Premier League to quit kneeling before games.

The gesture has been made by Premier League players in an attempt to combat racism, but Alonso believes it has lost its meaning.

Alonso has yet to take a knee in any of his six Premier League and Champions League outings this season, and he has indicated that he will instead make his own gesture.

According to the Telegraph, Alonso stated, "I am completely opposed to racism and all forms of prejudice, and I simply prefer to put my finger on the emblem that says no to racism, like they do in certain other sports and football in other countries." “I like to do it this way and, of course, to state unequivocally that I am opposed to racism and that I appreciate all people.”

When asked if the decision was influenced by politics, Alonso replied, "I don't know, I just prefer to do it this way." Things's how I do it; I believe there's another way. And I'm afraid I'd lose some strength if I did it the other way, so I'd rather do it this way and show that I'm totally supportive of the battle against racism.” 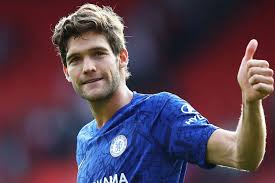 Reece James, Antonio Rudiger, and Romelu Lukaku, Alonso's teammates, have all recently been victims of vile racial abuse, but the left-back admits he hasn't spoken to them about his decision.