It is quite amazing that Freiburg maintained a top-four position heading into this round after a run of three straight defeats. That status could well go in this game as Borussia Park represents a ground in which no team has triumphed at this season.

Not only are Gladbach unbeaten in all home games this term, a run of eight victories from the last nine home H2Hs while scoring two or more in six of the last seven such games indicates that a dominant home performance could very well be on the cards.

Further fuelling the fire of a potential home success here is Adi Hutter’s own personal record against both Freiburg (W3, D2, L1) and their manager, Christian Streich (W2, D2, L1). Notably, four of the five prior touchline meetings saw both teams score and over 3.5 match goals!

The home team has won five matches,lost three matches with two draws in the process.The goal difference is 20-14 in favour of the hosts.

The home team has won nine matches,lost six matches with three matches between themselves finishing in draws.

The hosts have won seven matches out of ten matches,the away team has won just one match with two draws. 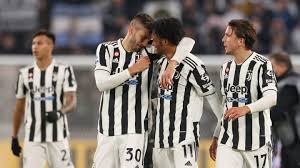 Historical AFCON As Giants Ghana Knocked Out Of The Competition By Little Known Comoros.