By Agevibryton (self media writer) | 2 months ago

The Senegalese goalkeeper has proven his level best since his debut for Chelsea last season.Eduardo Mendy was signed from Rennes last season and became the first choice goalkeeper.With his first season he won the UEFA champions league trophy and before the beginning of this season he won Super title.He won an individual award of being the best goalkeeper in UEFA nomination defeating Ederson of Manchester city and Thebaut of Real Madrid. 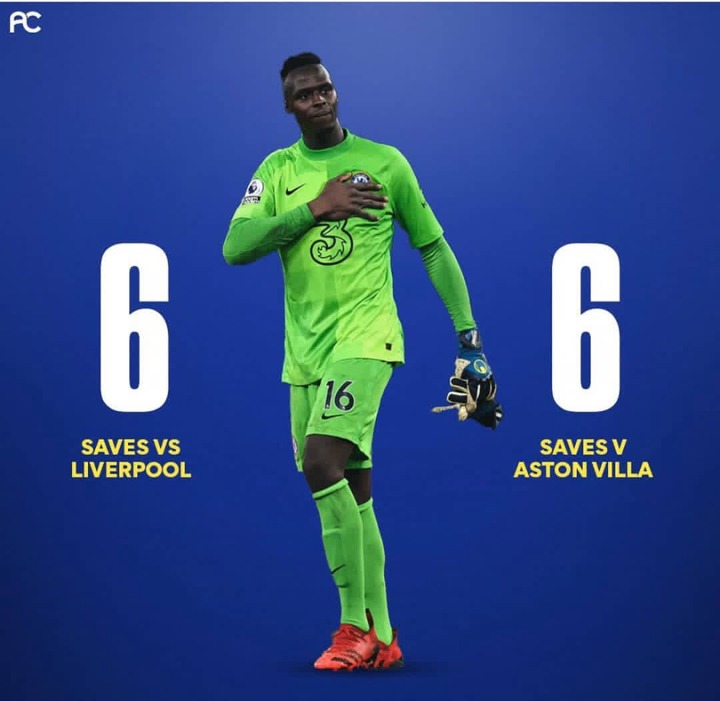 Eduardo Mendy has made four appearance this season and he has three cleansheets.He has only conceeded one so far which was from the penalty spot.Eduardo Mendy showed his best in the match against Liverpool.Chelsea were one man for 45 minutes of the match.Mendy was more impressive making 6 saves in the whole match.

He proved his level best against Aston Villa last weekend by making 6 great saves to ensure he keeps another cleansheet.Mendy has faced 16 shots on target but he has also made 16 saves.This is almost 100 percent save rate.