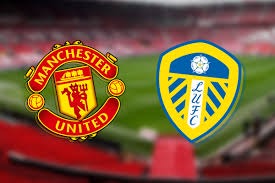 Manchester United are looking too hit the ground running in 2021-22 Premier League campaign with an Old Trafford fixture agains Leeds United on Saturday afternoon i an early kickoff match.

The reds finished second in last season's campaign, while Leeds impressed on their return to the top flight football, managing 59 points from 38 matches to claim ninth position.

The red devils are expected to challenge for this season premier league after the progress under Ole Gunnar Solskjaer last term, claiming 12 points behind the champions Man City.

There are no easy games at this level of football, with English football being anyone's business. Ole Gunnar will be looking to get all the three points on Saturday.

The team's pre-season has been affected by late returns from international duty but they managed to play four friendlies and put in a great performance against Everton in the last match as Mason Greenwood, Harry Maguire, Bruno Fernandes and Diogo Dalot scored in a 4-0 win at Old Trafford. 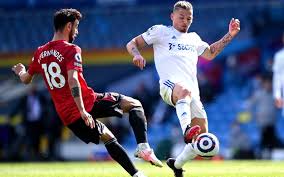 Man United finished last season without any silverware, but they made the quarter-finals of the FA Cup, semi-finals of the EFL Cup and final of the Europa League.

Leed, finished ninth in the Premier League last season on their return to epl and it would be good to say that they provided plenty of entertainment along the way.

Bielsa's side were only six points off the Europa League positions, meanwhile, which is so impressive for a newly promoted team.

The team's form in the final stages of the 2020-21 campaign was also excellent, as they lost just one of their last 11 matches and won their final four to finish into top 10. Expectations will be high this season as club's supporters will bring new pressure to the team.

Leeds have signed both Junior Firpo and Kristoffer Klaesson this summer, while Jack Harrison who impressed last season has made a permanent move to Elland Road from Manchester City. 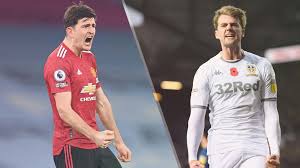 In pre-season, leeds has played six times, recording one win, two draws and three defeats, and they will enter this weekend's contest off the back of a 2-2 draw with Villarreal, not an impressive result but not too much can be read into a team's pre-season.

Man United will be without the services of a number of first-team players on Saturday, with Marcus Rashford, Alex Telles, Dean Henderson, Jesse Lingard, Phil Jones, Eric Bailly and Amad Diallo all out.

Edinson Cavani will also not feature, having been given extra time off following his involvement in this summer's Copa America, meaning that Anthony Martial will lead the attack.

Sancho might make his debut against Leeds, but it seems more likely that the England international will start on the bench before potentially appearing in the second period. Varane, meanwhile, could also be on the bench if his move is announced in time.

Nemanja Matic has impressed during pre-season and could play alongside Fred in midfield, while Paul Pogba, Fernandes and Greenwood are likely to support Martial in a 4-2-3-1 formation.

As for Leeds, Firpo is available following a knock, and the new arrival is expected to start at left-back after departure of Alioski.

Jamie Shackleton has also been passed fit, but Diego Llorente will miss out due to a leg problem. Robin Koch is expected to line up alongside Liam Cooper in the middle of the defence.

Stuart Dallas and Rodrigo Moreno might feature alongside Kalvin Phillips in midfield, with Raphinha and Harrison providing the wide support to centre-forward Patrick Bamford.

The last time both side met at Old Trafford man united won 6-2.

Man united is expected to win 3-1 in this fixture.

Opinion: Why David Degea is Currently The Best Goalkeeper in The Premier League Currently