After Westham United 2-1 Victory Against Burnley, This is Chelsea New Position in the Premier League

By DiqxontheLordking (self meida writer) | 5 days 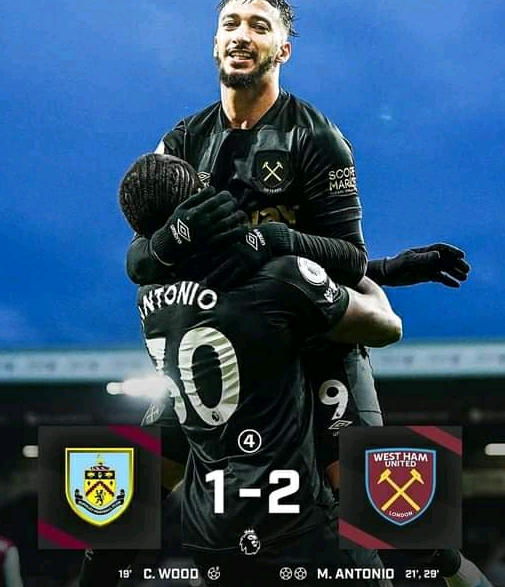 Westham United cruised past Burnley 2-1 at Turf Moor to revive their Premier League top 4 ambitions with 3 vital points. Westham United came into this fixture in the back of a 1-0 defeat to Chelsea while Burnley had ruthlessly demolished rivals Wolves 4-0 at Molineux Stadium in their Previous Premier League clash. Westham United edged Burnley 1-0 at London Stadium in their reverse Premier League fixture hence were targetting their first Epl double over the clarets in 10 years. Burnley opened the scoring in the 19th minute through Chris Wood penalty before Antonio scored a quick in 7 minutes (22nd & 29th minute) to ensure the visitors get the vital 3 points. Antonio 2 goals were assisted by Coufal (21) & Benrhama (29) as the Hammers registered their 17th Premier League victory of the season. After the 2-1 victory, Westham United climbed up to position 5 with 58 points while Burnley dropped down to position 16 in the Premier League with 36 points. 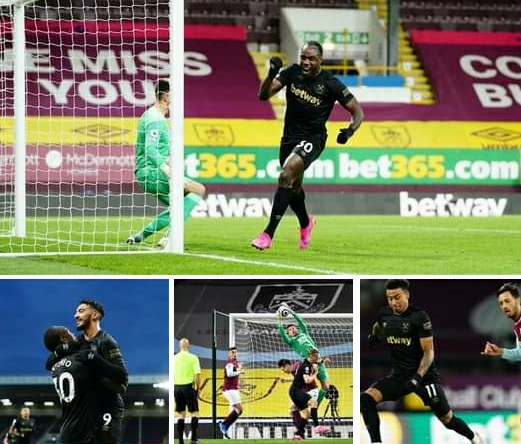 Chelsea won their most recent Premier League match 2-0 against London rivals to clinch 3 vital points in the top 4 race. Chelsea goals were scored by Kai Havertz in both halves to ensure the hosts ambitions of Champions League football next season are strengthened. After the 2-0 Win, Chelsea climbed up to position 4 in the Premier League with 61 points; 3 points above 5th placed Westham United with only 4 fixtures remaining to conclude 2020/21 season.