Could Benzema's would cup chapter be over already?

By Goldking (self media writer) | 2 months ago 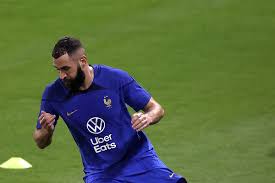 Karim Benzema's World Cup prospects are in tatters after being forced to miss France's opening match against Australia on Tuesday. Benzema is the 2022 Ballon d'Or winner.

The injury to Benzema caused the Real Madrid striker's first training session in the Middle East to end early. Before his future participation in the competition is decided, he is scheduled for scans.

According to L'Equipe, the France striker will miss his team's World Cup opener, but he also runs the risk of having his tournament career end before it even begins. 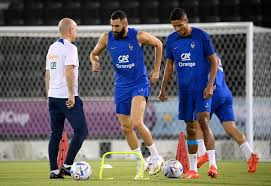 Benzema apparently underwent a fresh injury setback rather than a recurrence of the knee and hamstring issues that have so far prevented him from training with his french compatriots and but instead alongside another doubtful for injury, Raphael Varane.

Should he miss the entire competition, it might be a major blow to the France squad as he is expected to be the key man as previously proven at club level, Real Madrid. 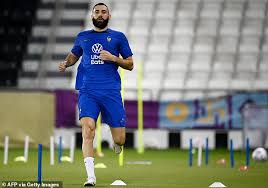 What is your take on this. Leave a comment.

Content created and supplied by: Goldking (via Opera News )