England is predicted to emerge victorious in Euro cup 2020/2021.

By Timothylangat (self meida writer) | 23 days

England is one of the strongest international club in European continent After Portugal, Germany and France lost in their knockout matches,it increases the chances of England winning the Euro cup . The football experts have predicted that England might emerge victorious after winning against Germany .It wasn't an easy match for England to win and therefore demonstrate good Management skills and coaching system used . England has more advantages than any other team in Europe because of the availability of many key players hence it won't be affected by the injuries occurrence.As Jose Morinho heads to quarter final ,he says that he is going to try all means to win the Euro cup. The experts say that England winning against Germany made the club deserve to win a Euro cup .The team have got two key strikers who make the team shine by scoring goals.The strikers include Harry Kane and Rahim Sterling who scored nearly in most of the matches played .Sterling act as usual by shooting the ball into the net in the match against Germany and this made Morinho gains confidence in the player . 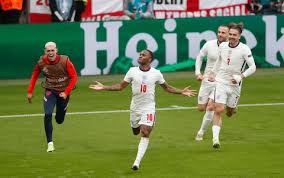 Harry scored the second goal that made the fans and the club at large gain the surity of beating Germany. Many people have different opinions of which club may win but most have got the idea that England might be the winner.Euro quarter final matches are yet to be played and see whether England shall proceed to the next level or not . 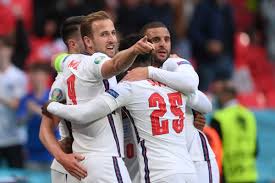 Content created and supplied by: Timothylangat (via Opera News )