The following are today's accumulator tips for Monday night games.

Liverpool have won their last 10 league clashes with the Eagles, scoring 30 times. 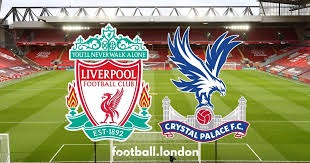 However, the visitors have scored in eight of their last 10 away trips, while the Reds have kept one clean sheet in nine games.

Burton have lost three of their four games this season, conceding 13 times along the way. Ipswich have won their last two league games, but they’ve conceded once in their last five away league games.

3)Dynamo Kiev Vs Benfica (Both teams to score)

Benfica have won four from four this season, but they conceded home and away in the last round of qualifying. Dynamo have scored in their last three Champions League games, but they’re at a disadvantage on neutral ground here.

4)Austria Vienna Vs Fernerbahce (Over 1.5 goals)

Vienna have scored and lost in three of their last four Europa League games, while their last seven home games have seen BTTS land. Fener are likely to prove too strong for the hosts, but back both teams to score.

5) Borussia Monchengladbach Vs Hertha Berlin (Both teams to score)