Game Of Death, France Face Portugal In A Do Or Die Fixture On Wednesday

By Thegreatwritter (self media writer) | 10 months ago

Portugal face France on Wednesday in a deadly match which may see one of them exiting the competition if Germany wins at Hungary in the same group match. 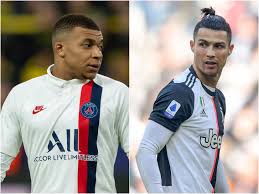 Both teams suffered frustrating results in the second round of Euro 2020 Group F games but Les Bleus look better placed to bounce back.

Victory would also earn them top spot in the table and secure a smoother passage in the early rounds of the next stage.

Portugal managed to wear down Hungary late on but couldn’t build on a good start against Germany in Munich.

Cristiano Ronaldo’s early tap-in was undone by two own goals and then further strikes by Kai Havertz and Robin Gosens before Diogo Jota grabbed a consolation.

Fernando Santos said: “I am responsible for this, I don’t want to mention players by name, as we need to solve this as a team and think about France.

“France play differently and we need to change the things we did which were not that good.”

Portugal faced France in two Nations League games last year, drawing 0-0 in Paris prior to going down 1-0 in Lisbon.

France put in a professional performance to beat Germany 1-0 but were guilty of wasting a host of chances against Hungary.

Antoine Griezmann, Kylian Mbappe and Karim Benzema all blew golden opportunities before Attila Fiola broke away and scored against the run of play just before the break.

Griezmann equalised on 66 minutes but Les Bleus couldn’t find a decider, with Ousmane Dembele firing against the woodwork.

“I’m not overjoyed with the result, but I’m satisfied,” said coach Didier Deschamps. “We had a lot of shots, a couple on target, hit the post.

“We didn’t lose and we do have a point to add to the three we have in the bag already.

“I think this still leaves the door open for us to have a little bit of leeway for the third game.”

France did face a large and raucous home crowd that day, plus the timing of the match may have affected their intensity.

“It was in the middle of the afternoon and this maybe had more of an impact on us than the opponent,” added Deschamps. “I think they were all maybe affected.

“I’m not making excuses because the Hungarians still performed. They were wonderful, they gave it their all.

“But it was high temperatures. We are talking 35 or 36 (degrees) and the players were asking for hydration breaks every five minutes.”

An evening kick-off should be more suitable, so we’re backing Les Bleus to show their class.