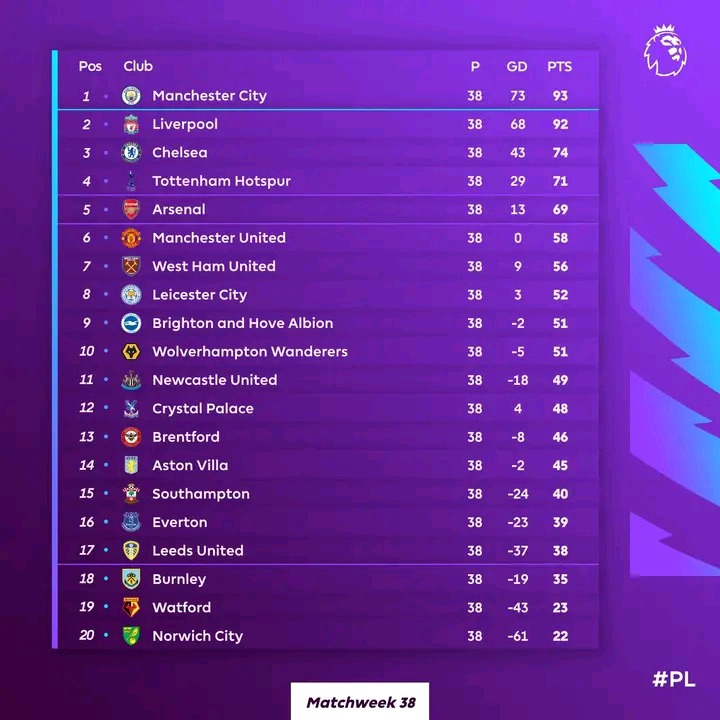 Ten final games of the 2021-2022 English Premier league season has been played this evening with the winner, Manchester City set to be crowned yet again.

Manchester United were playing against Crystal Palace as they eyed for the Europa league competition, Arsenal against Everton for the Champions league as well as Chelsea and Tottenham Hotspurs.

The long wait for the conclusion of the season which begun on a high note for Manchester United but became shambolic, and low note for Arsenal and Tottenham Hotspurs who begun on losing ends. 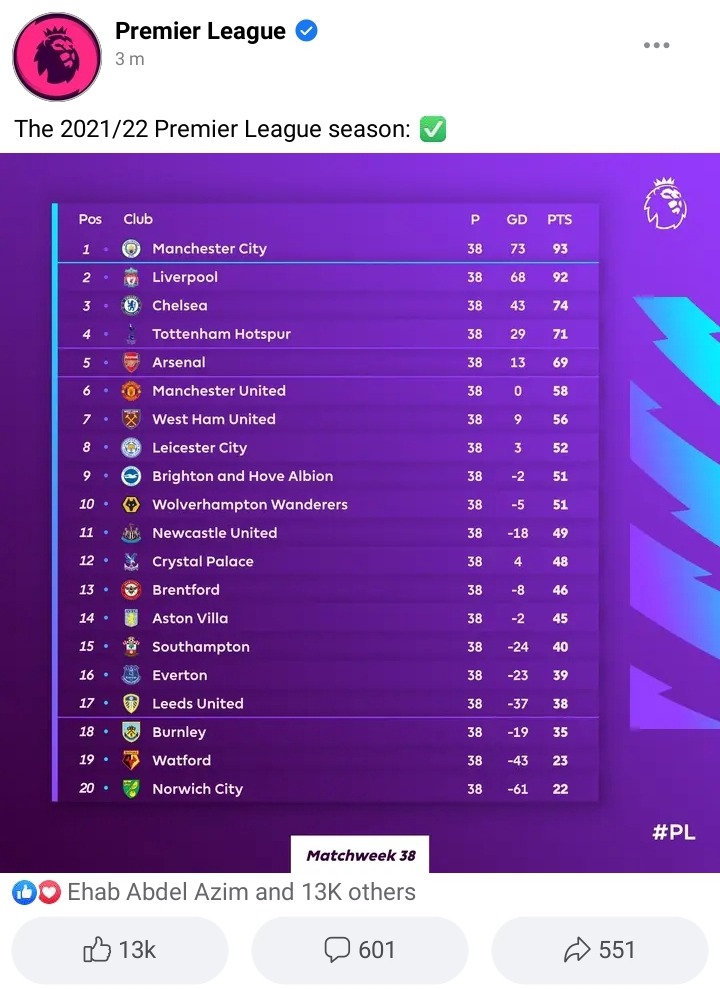 After the final results of the ten matches today, next season has been fully decided. According of the Premier league; Manchester City (crowned winners), Liverpool, Chelsea and Tottenham Hotspurs will play in the Champions league while Manchester United and Arsenal will play in the Europa league.

West Ham United who were planning to fight for a spot in the Europa will play in the UEFA Europa conference league after getting thrashed by Brighton and Albion Rovers. Burnley, Norwich City and Watford have been relegated to the Skysports Championship.

Was it an entertaining season?