The goal for each coach and each Football player is to win trophies. By winning trophies it is the only way the clubs can earn money apart from entries and selling of jerseys. Football clubs have dominated premier league especially in the past years where you will find a club like Aston Villa has even won the trophy in three consecutive times. 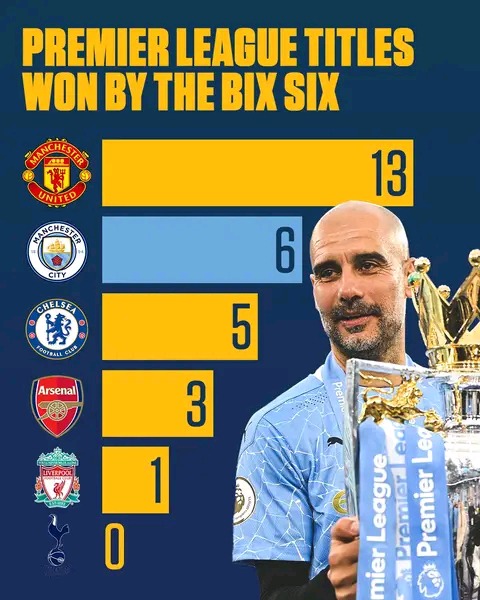 Manchester united has won the trophy more times than any other club in the English Premier League winning up to thirteen times, the closest team is Manchester City who have won the trophy six times.

Tottenham hotspurs has never won the premier league tittle since it began. Similarly the club has never won a Champions League trophy.