Manchester United has reached an agreement with Lokomotiv Moscow sporting director Ralf Rangnck to become interim manager on a six months contract. This is according to the Athletic through their Manchester-based correspondent David Ornstein. The search for Ole Gunner Solskjaer’s replacement began early this week as the club announced that it will only be looking to sign an interim manager. 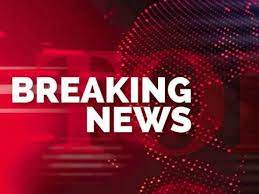 The terms that Rangnick is said to have agreed to include a six months contract as a manager and an additional two years as a consultant at the club. The deal is however subject to approval by Lokomotiv Moscow who is currently holding talks with Manchester United. Ralf Rangnick has been a familiar name behind the success of some top European clubs in the past decade including RB Leipzig. He oversaw the formation and the sudden success of the club. He later departed the German club and signed a three-year deal at Moscow.

However Manchester United will have to play against Chelsea under their current interim manager Michael Carrick as Ragnick doesn’t have a work permit. Should all go well Ragnick is expected to take charge of Manchester United from next week on Wednesday.

Mudavadi Finally Speaks On His Support For Gachagua As Ruto's Deputy, Sends Message To Raila & Uhuru