Tuesday's Eight(8) Matches Across Europe To Bank On

With 90 minutes left of the Champions League group stages, Porto are in pole position to join Liverpool in the knock-out stages, but a defeat in this clash would knock them out of the competition.

Sérgio Conceição’s side come into the tie with plenty of confidence though. They have won nine of their last twelve, suffering just two defeats, to Liverpool and Santa Clara, while they have ended up victorious in eight of their nine home fixtures this season.

I predict they will win this one, too, but their defence does offer reason to be concerned. Both teams have scored in 12 of their 21 matches this season, including five of their last six on home soil.

The two heavyweights will battle it out in the league today.The hosts have won four matches,lost six matches with four draws in the championship.The goal difference is 27-17-in the visitors favour. 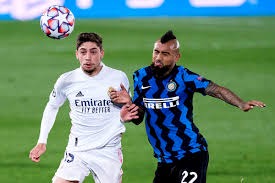 4 Ways of Analysing Games and Making Money From Betting

Today's 5 Must Win Matches To Trust

Ruto or Raila? How Mudavadi's 23rd Anticipated Announcements Will Predict The 5th President