Pierre Emerick Aubameyang has once again been left out of Arsenal’s plans for the next club activity after it was reported that the club excluded the Gabonese striker from the guest list that will be travelling to Dubai for retreat and training. According to insiders, the striker has been left in London to work on his training alone but will be supervised from time to time by some Arsenal staff members. Following this revelation, it seems that Aubameyang’s exile will continue for longer than expected maybe even until the end of the season. 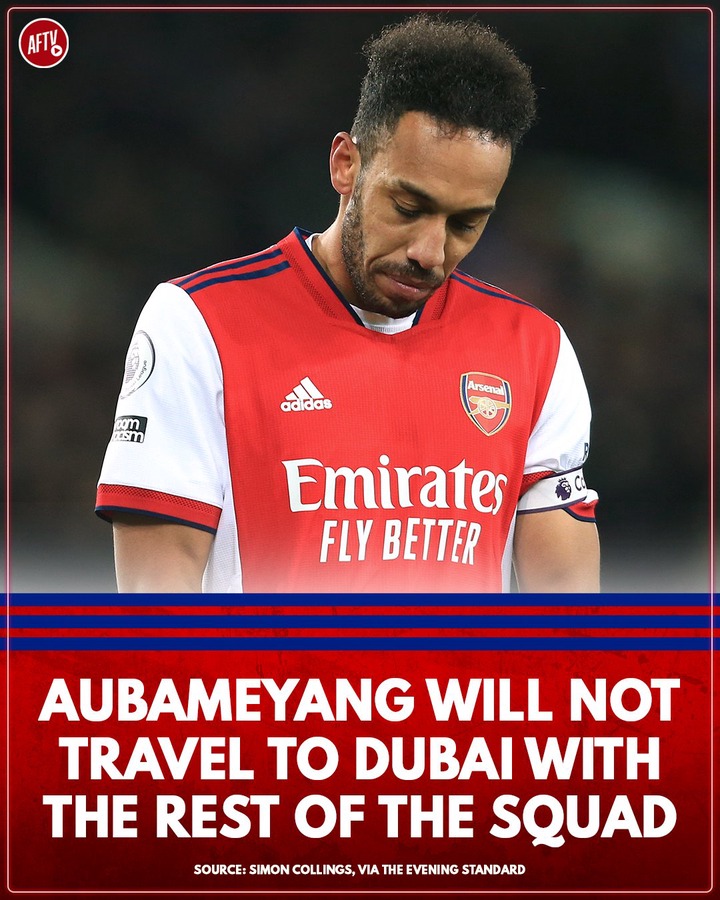 Arsenal fans have accordingly called on the club to be less malicious about Aubameyang’s situation and have called for reconciliation talks between the player and the club’s management. Aubameyang has been abnormally quiet about the whole situation but maybe it is because he does not want any more trouble than he has already caused.

A few days ago, it was revealed that Arsenal had been offered to sign Real Madrid misfit Luka Jovic who has been hardly getting any minutes under Carlo Ancelotti this season. Arsenal are currently scouting for a new number 9 striker and Jovic ticks all the boxes of Arsenal’s preferential list of strikers. Alexander Isak has also been linked with Arsenal but nothing substantial has yet been confirmed. 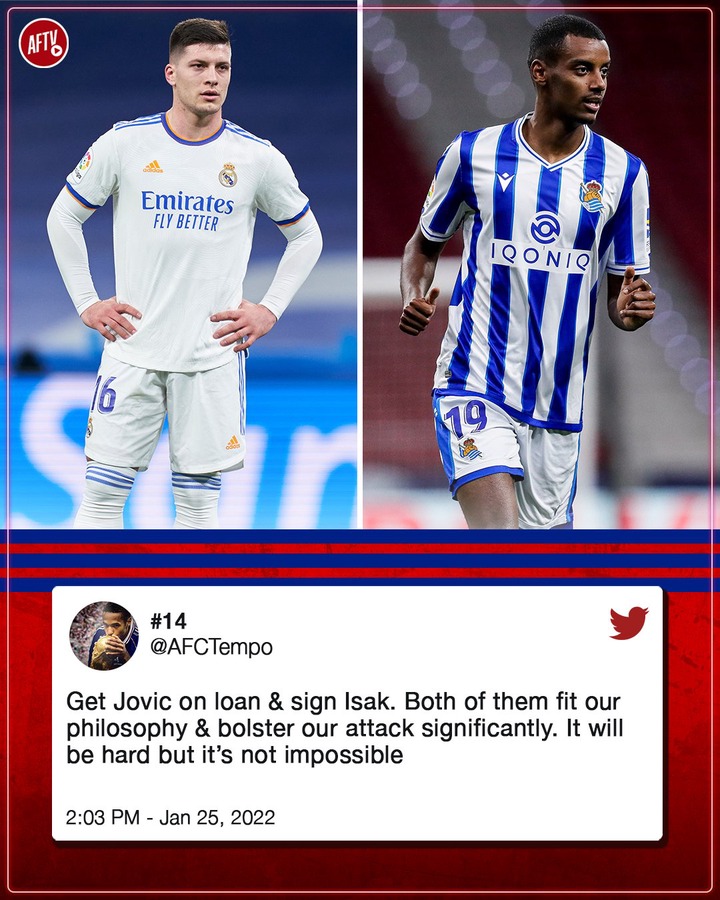 Following the breakdown of talks with Vlahovic, Arsenal fans have added more pressure on Edu Gasper to ensure that he signs both or either of Isak and Jovic. Only five days remain in the transfer window and things are getting thicker and harder for football agents and directors therefore no exception will be made for the deal Edu is expected to launch in a few days. 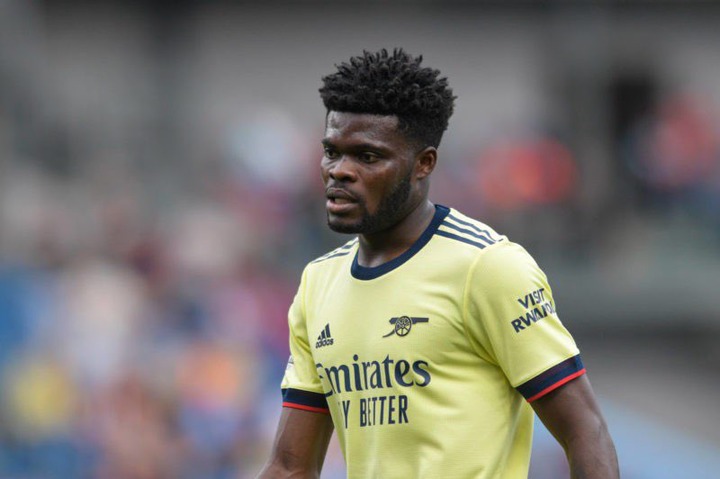 Thomas Partey has started the year on a rough note following an early knockout from AFCON to the careless and blatant red card conceded against Liverpool. Arsenal fans are hoping that after the trip to Dubai with the rest of team, Thomas Partey will return back to squad with a renewed mentality and urge to win. Nothing short of the best will be expected from him.