By KimaniOsoro (self media writer) | 29 days ago

This afternoon, the financial magazine Forbes has released the annual highest paid footballers and the list is not that shocking by any standards. 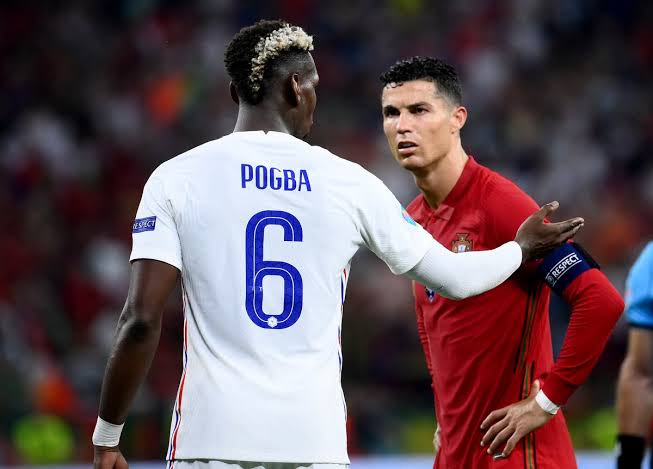 There are no surprising new faces in the top ten list but the most surprising news is that there is no Chelsea Player on the list.

In the list, there are two Manchester United players and that is Cristiano Ronaldo who is the highest paid footballer at 125 million dollars and Paul Pogba who is in 8th position with 34 million dollars.

Liverpool is represented by Mohamed Salah at number 5 with 41 million dollars every year for the Egyptian forward who has shined for Liverpool and is the current EPL top scorer.

There is no other English Premier League club that has any player on the list except those two as the rest come from various leagues.

PSG has three players on the list with Lionel Messi, Neymar Junior and Killian Mbappe on the list as two, three and four respectively.

Bayern Munich's Lewandoski comes in at number six and Vissel Kobe and former Barcelona midfielder Andres Iniesta is a decent seventh on the list. 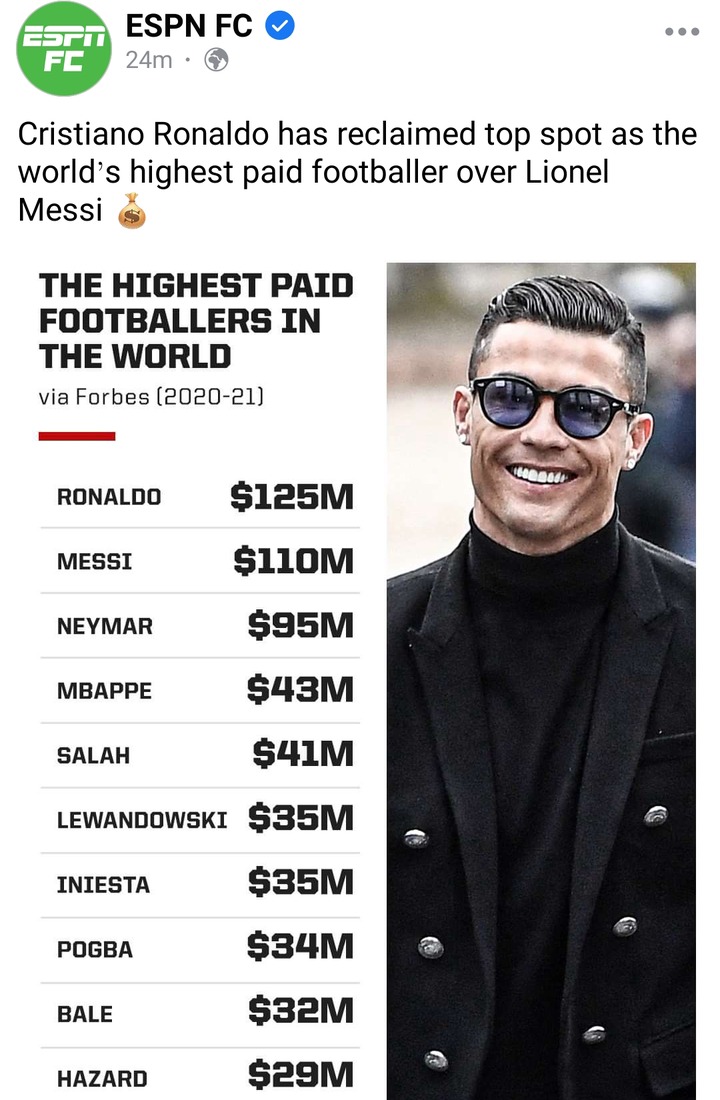