By JReimstar (self media writer) | 2 months ago 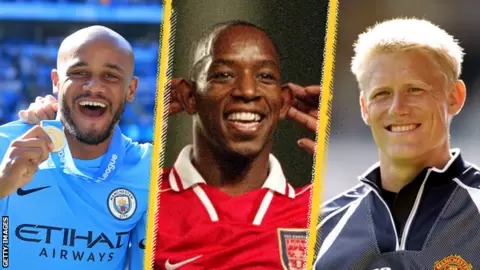 Several legends In the English Premier League have been inducted to the PL Hall of Fame class of 2022. The notable names include Didier Drogba, Vincent Kompany, Ian Wrights, Peter Schmeical, Paul Scholes and Sergio Aguero.

They now join two other legends who have been recently Inducted In the Premier League Hall of Fame namely Wayne Rooney and Patrick Viera.

The four were selected to join, after an online vote was conducted and they emerged winners. It was also based on the considerations and deliberations of the Premier League Awards Panel as well as that of the Hall of Fame; which considered them as one of the best players of the league since its inauguration In the year 1992.

Having been launched in 2021, The Premier League Hall of Fame has Inducted: Thiery Henry, Allan Shearer, David Beckham, Dennis Bergkamp, Eric Cantona, Steven Gerald, Roy Keane and Frank Lampard as the class of 2021.

We now take a look at some of the achievements of our recent inductees briefly.

Now retired, Paul Scholes was a Manchester United and England midfielder. He was part of the famous and fearsome class of '92 which included the likes of David Beckham, Ryan Giggs, Gary Neville, Phil Neville and Nick Butt. He has several accolades to his name during his time with Manchester United and England. He retired in 2013 having won the premier league 11 times with the Reds, scoring 107 goals in 499 appearances. 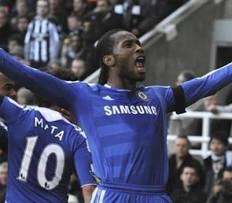 The Chelsea legend is revered at Stamford bridge and is always welcome with a standing ovation whenever he visits. From Lille in League 1, the Blues legend went on to cement his legacy in football, scoring 104 goals in 254 appearances for Chelsea. He won the Premier League four times and the golden boot in seasons 2006-07, 2009-10. The legend earned himself a reputation at the bridge as "a man for the big occasion," during his spell at Stamford.

He played for Manchester City for 11 seasons and was a force to reckon with especially for the attacking rivals. Kompany was pivotal in the establishment of Manchester City as a tittle contender club and a powerhouse in European football. While with the Citizens he was able to lift the premier league four times. He joined them in 2008 and later on was appointed captain. Under his leadership, City was tough opponent especially with Kompany keeping a solid defense.

A prolific goal scorer and a player of great abilities on the pitch. He was named Arsenal's all time leading goal scorer in 1997-98 season. A record he held until it was broken by Thiery Henry. The Gunners had a great player in Wright for he was their top scorer for six seasons in a row; an exemplary fit held by any player of his caliber. He finished his football career after playing for Arsenal and Westham scoring 113 premier league goals in 213 appearances.

His 184 goals in 275 appearances in the premier league made him the highest scoring oversees player in a period of ten years. He signed for Manchester City in 2011 until season 2020-21 when he saw his contract run out, achieving legendary status with the citizens. He then signed for Barcelona but was forced to retire due to a heart attack.

His role cannot be overstated and few players in Manchester City team can be said to be compared with him. His contribution was significant with his goals guaranteeing a win every now and then.

A great stopper and a man of unwavering abilities. He was able to keep 128 clean sheets in 310 Premier League appearances. He still holds the record of the best player of the year season 1995-96, till now he is the only goalkeeper to have won the the tittle. He went on to have spells with Aston Villa and Manchester City too.