By DaytimeNews (self meida writer) | 8 days

According to Italian journalist Fabrizio Romano, the Reds are working hard in convincing Bundesliga side Borussia Dortmund to accept their proposals with all people involved in negotiations now confident that the deal will be successful. 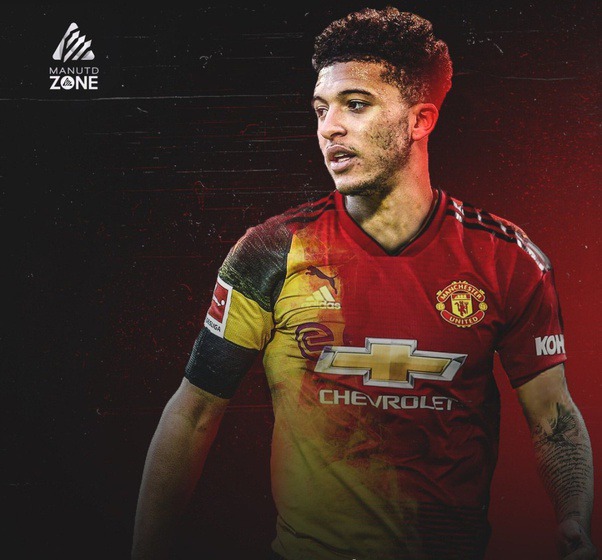 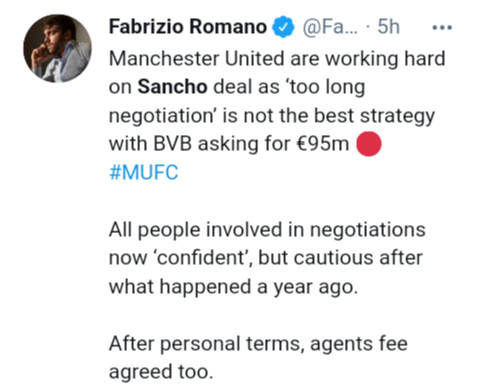 Romano, who specializes in football transfer news, has also noted that the concerned party has agreed on personal terms as well as the agents' fee.

Manchester United's earlier bid of £67 million was rejected by Dortmund as they argued that they won't be settling for anything less than £95 million. 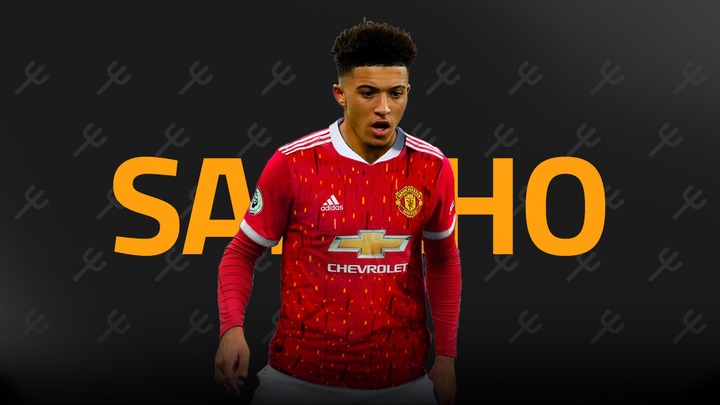 Romano has noted that the two clubs want to conclude the transfer deal for the English international soonest possible as "too long negotiation is not the best strategy.

Sancho scored 20 goals in 2019/20 campaign and 16 goals in the just-concluded season while providing a total of 40 assist in both seasons. He will help strengthen Manchester united forward line should the deal turn out to be successful.