By DailyContent (self media writer) | 1 month ago

Despite being outwitted by The Reds, United failed to even get a consolation goal. Also, one of the talking points was the sending off. French Midfielder Paul Pogba was given marching orders after a bad tackle on Naby Keita who left the pitch on a stretcher. pogba had come on for only 15 minutes. 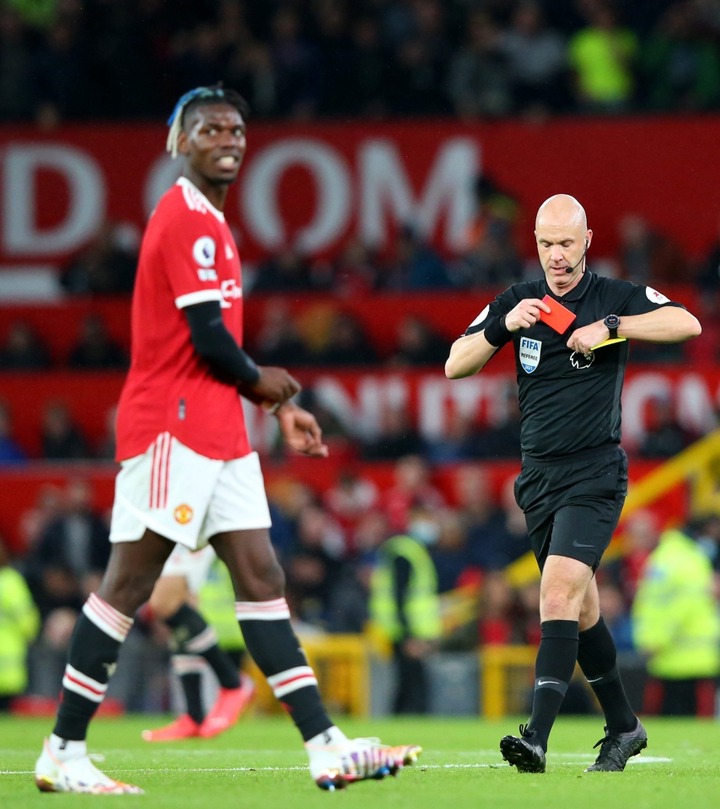 According to TalkSport, The world’s biggest sports radio station, Paul Pogba is no longer part of Manchester United's plans going to the future. 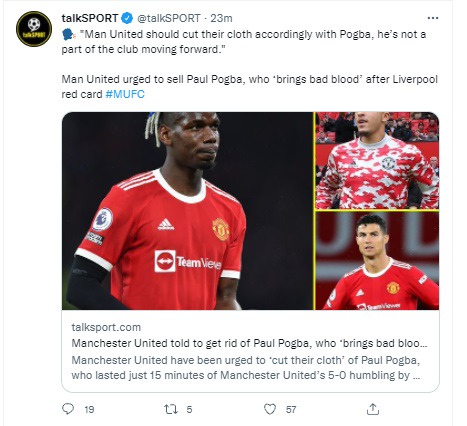 According to Micky Gray, Paul Pogba's attitude does not reflect that of a player who really wants to stay at United. He admits that Pogba was expensive but he doesn't quite cut it at the moment.

"They spent on him but moving forward he's not part of Manchester United. He just brings bad blood." Gray said.

Pogba has seven assists so far this season the highest so far. His contract runs out next summer and he is yet to sign an extension.