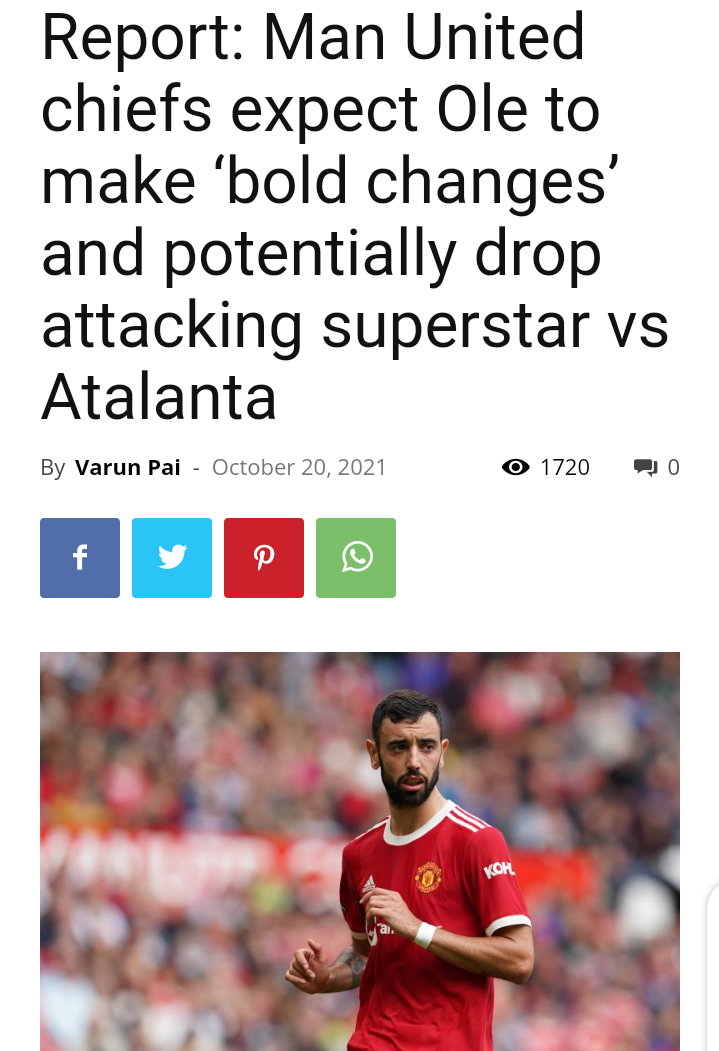 Manchester United will be playing against Atlanta today as they want to seek three points. The red devils have had a poor performance in last games not only in premier league but in Champions league too. Today's game will be a test for Ole Gunnar Solskjaer after facing many critics from both fans and pundits.

According to reports the Norwegian manager will be changing the formation of the team to allow all the players. The current 4.2.3.1 doesn't favour some players and has been questionable since he took over. He plans to use 3.5.2 which will be inclusive to all players. The forward line will be led by Rashford and Christiano Ronaldo while in the midfied Paul Pogba is expected to start from the bench. 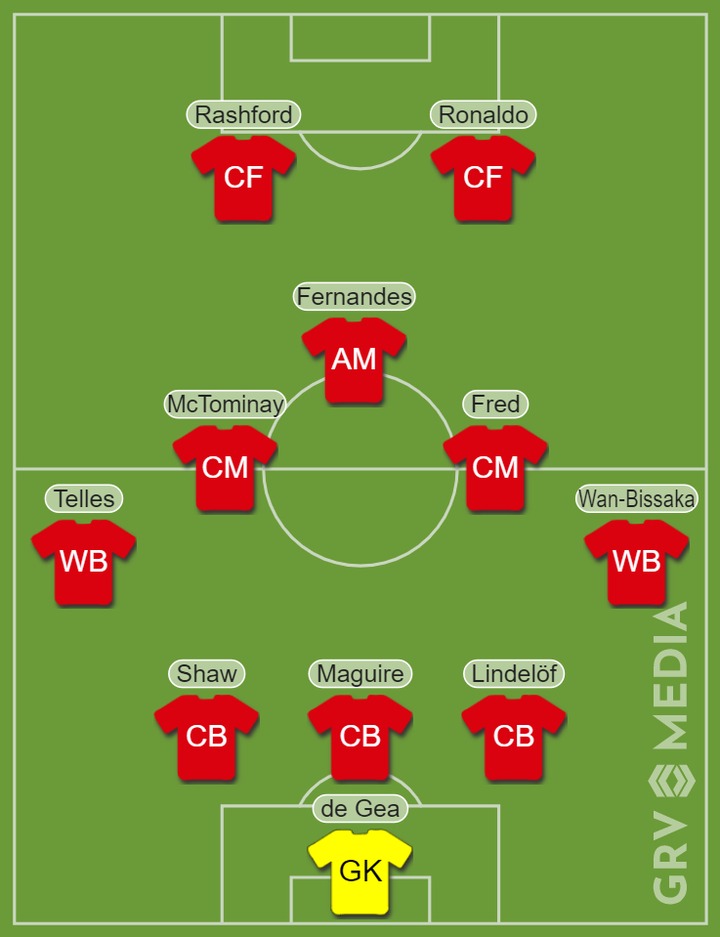 In other reports via The Independent , either Bruno Fernandes or Paul Pogba will be dropped in this game. This means that the structure of the team will change.In the defensive midfied, Mc Tominay and Fred will start while in the backline Maguire, Shaw and Lindelof are predicted to start. After appealing Bissaka's 2 match ban, the 21 year-old right back will feature in today's game and is expected to start from the bench.

The Red Devils recently also produced a lacklustre performance against Leicester City which led them out of the Top 4. United chiefs are now expecting the Norwegian boss to make some bold changes in the UCL clash against Atalanta. Ole Gunnar Solskjaer speaking ahead of this game seemed to be embarrassed with what former Liverpool Star Caragher said about his lack of experience in management.