By EuropeanSoccerBullettings (self media writer) | 21 days ago

Chelsea Manager Thomas Tuchel Confirmed That Mason Mount and Christian Pulisic will miss Chelsea clash against Manchester City today at Stamford Bridge. Chelsea Goalkeeper Edourd Mendy will be returning back to action after recovering from a knock suffered in the Champions League with topscorer Striker Romelu Lukaku ready to start. Chelsea will be looking forward to extend their dorminance over Man City to 4 consecutive victories in all competitions after recent Pep Guardiola slip up that saw the defending champions register a goalless draw against Southampton with only 1 shot on target. 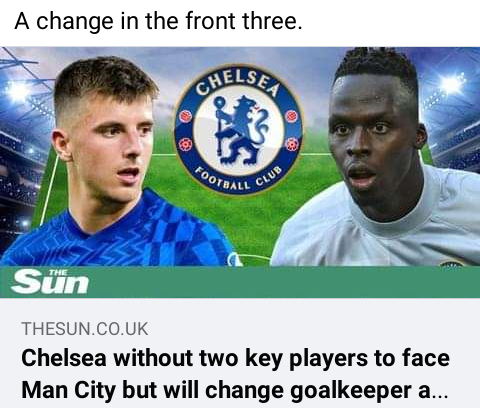 Manchester City has finally admitted that his club need to sign a top striker like Chelsea Romelu Lukaku who has scored 3 EPL goals for Chelsea. Manchester City are yet to replace Sergio Aguero since he left for Barcelona last summer and Gabriel Jesus is yet to register consecutive dorminat performances as a centre-forward. Manchester City had their £100 Million bid plus player rejected by Tottenham Hotspurs but club owner is ready to sanction a move for Kylian Mbappe no matter the cost according to Express Football reports. 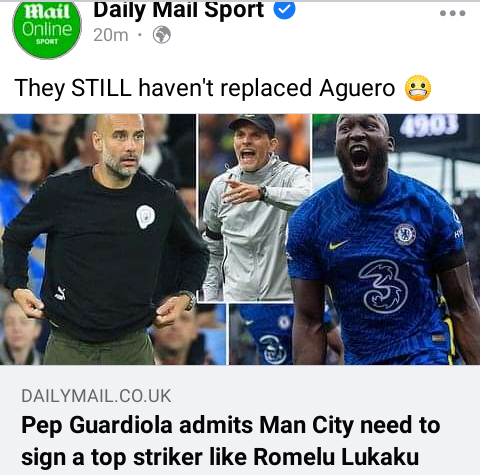 Chelsea defenders includimg Cezar Azipilicueta, Antonio Rudiger and Reece James are all linked with an exit next summer with some of the players contract expiring in June 2022. Chelsea have identified Juventus centre-back Matthijs de Ligt as the perfect solution for the mass Chelsea defensive exodus. Andreas Christensen is the only Chelsea centre-back who has been reportedly close to extending his contract at Stamford Bridge with Thiago Silva future uncertain. Chelsea have turned their attention to Netherlands centre back Matthijs Ligt who is valued at £103 Million according to his release clause at Juventus; a move that could break Romelu Lukaku record of £98 Million. 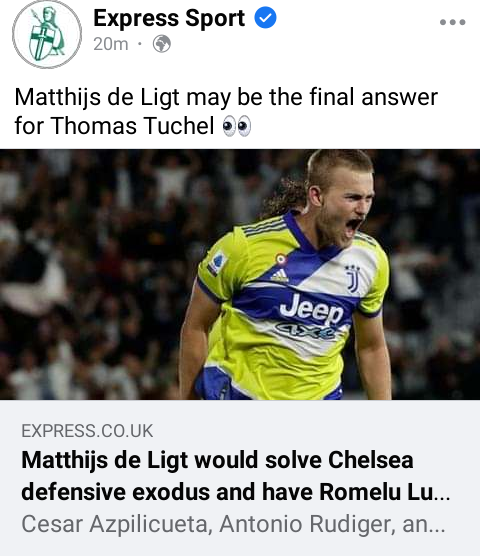