Premier League giants Arsenal could yet be losing another top transfer target to their rivals Manchester United after the Old Trafford-based giants launched an official bid to sign another Eredivisie-based player.

Barely hours after agreeing on a deal to sign left-back Tyrell Malacia from Malacia, the Erik Ten Haag-led side have now presented an official bid to Ajax for highly-rated Argentine defender Lisandro Martinez. 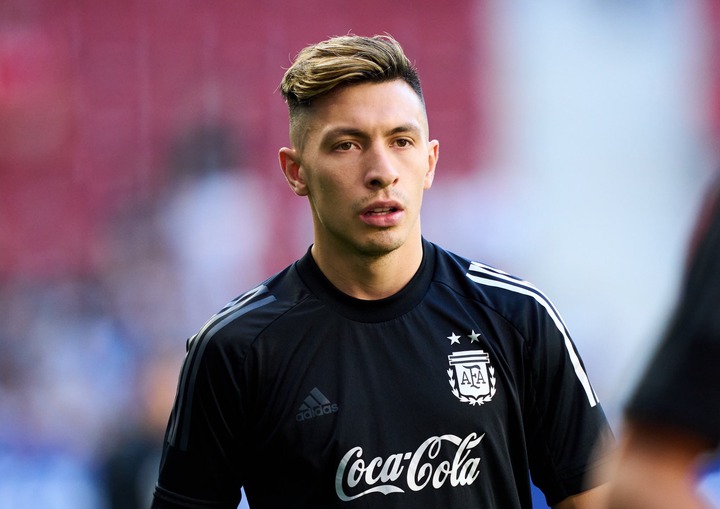 The gunners were thought to be front runners for the player's signature but an eleventh-hour intervention by his former boss has Manchester United favourites leading the race to secure the player's services.

Even though Arsenal have not been ruled out of the race to sign Lisandro, it is thought that United have made a better bid than the gunners and the player could be keen on a reunion with his former boss.

The player is still on holiday in Argentina but sources report that he will inform Ajax of his decision to move to the Premier League once he returns for pre-season. 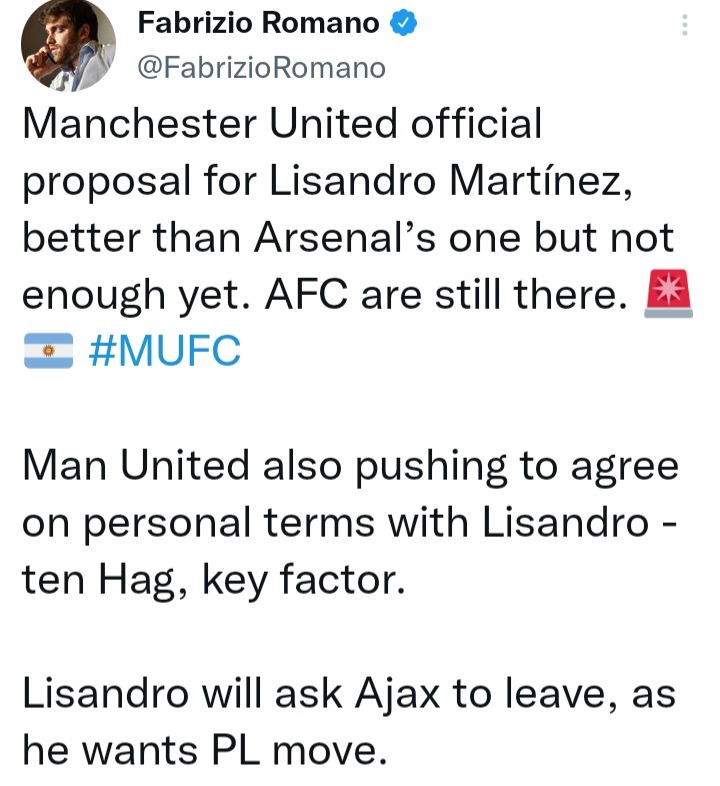