By GerryTips.com (self meida writer) | 23 days

Juventus were a bit unlucky to lose against Atalanta despite managing only one shot on target and one shot in the entire second half.

Parma suffered a crazy comeback and defeat to Cagliari that has probably ended their hopes of avoiding relegation.

Juventus have been under a lot of criticism due to their leading role in the Super League, especially at a time when they risk not qualifying for the Champions League. 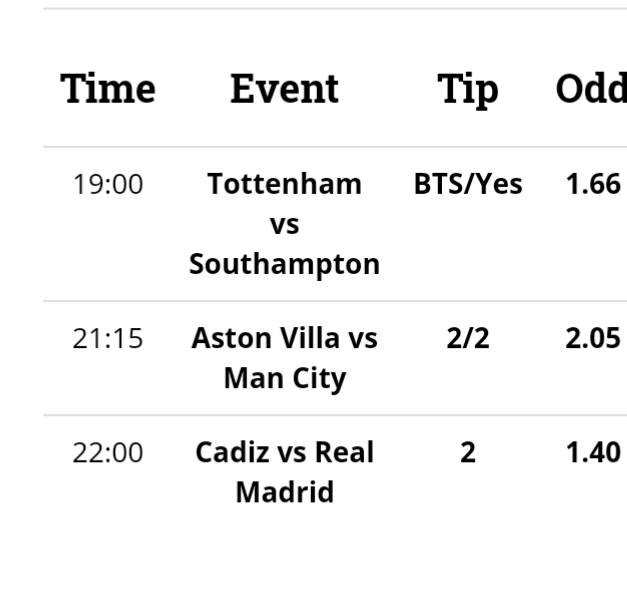 Torino also boosted their chances of another season in Serie A with a surprise 3-1 win against Roma last Sunday.

The reverse fixture between both sides ended 1-1, although Torino are currently in better form.

Aston Villa will have had an 11-day break from action by the time they kick off against Manchester City, but face a gruelling run to see out the season. The Villans have won only one of their last six league matches and haven't beaten City in any competition since 2013, a run of 10 matches.

Manchester City's quadruple dream is over after their 1-0 loss to Chelsea on Saturday and they'll be looking to bounce back and get back to winning ways ahead of the Carabao Cup final.

City have followed up every defeat with a win this season and that run is expected to continue in midweek.