Manchester United's Player Of The Month For April Named

By Kidfofo (self meida writer) | 7 days

Edinson Cavani has been named as Manchester United's player of the Month for April 2021. Cavani scored 5 goals in the 7 matches he played in April. 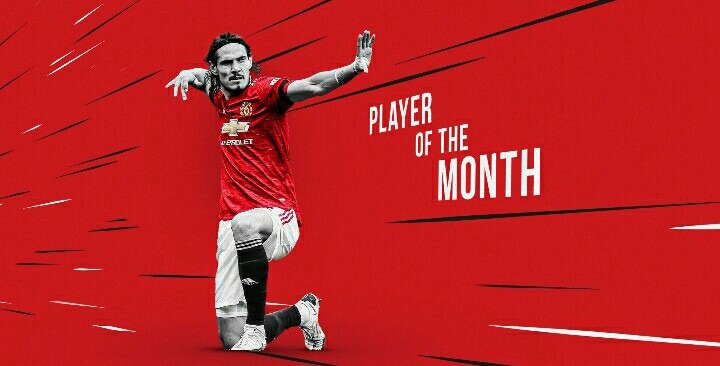 The last match he scored in was in their first Leg Europa League Semi Finals match against Roma which Manchester United won 6-2. Cavani scored two goals and gave two assists in the match.

The other matches he scored in was in Manchester United's 3-1 win against Burnley, 2-0 win against Granada in the Europa League and 1-3 win against Tottenham Hotspurs. He score a goal in each of the matches.

Having him next season would help improve their squad as the Red Devils will be engaging in most competitions.