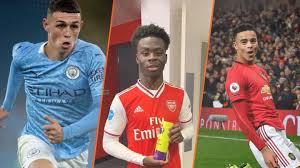 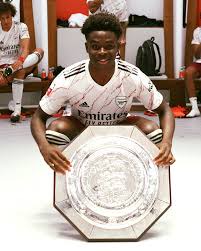 Saka’s talent and versatility have underlined his status as one of England’s most promising players, a teenager who is comfortable in a variety of positions – a trait unlikely to be lost on Gareth Southgate as he plans his squad ahead of this summer’s European Championships.

The 19-year-old’s youthful exuberance has shone through and Saka has emerged as perhaps Arsenal’s most important player, a youngster willing to shoulder responsibility even during a difficult period for his side.

The 20-year old youngster has developed himself into Arteta's first team and is highly rated by Southgate, England coach. Saka has been showing maturity in his game beyond his age, something that has made him earn alot of admirations from across Europe. 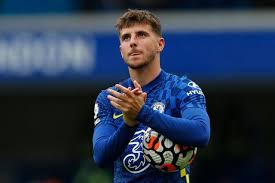 Mason Mount has established his name as a more important player who has cemented himself as an indispensable figure under Thomas Tuchel.

He is currently scoring goals for Chelsea from midfield and has been an important player for tuchel ensuring that they remain at the top of premier league table. He was key to Chelsea's thrashing of Norwich 7-0, a victory that Mount scored three goals.

Mount has had no shortage of detractors with many questioning his status for both club and country, though the midfielder has proven just why he is so highly regarded over the past season having won champions league with Chelsea.

The England international has played predominantly from a midfield three last season and it is a position that has extracted the best from his talents, with the youngster ranking fourth for chances created and key passes in the Premier League last season.

Mount’s improving ability to influence games and tireless pressing play has made him fundamental to the Chelsea side, his performances having seen him emerge ahead of several big money signings amongst the most important players to Thomas Tuchel 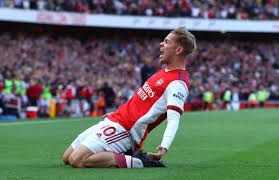 Smith Rowe is a highly rated midfielder that looks to orchestrate every attack, Emile has cought the eye at first team level. He is sharp on the turn, with an eye for goal and exceptional vision in the final third. Emile is also well-known for his mazy runs and stunning individual goals.

Smith Rowe, was the man of the match Against Aston Villa in which he scored a goal and also assisted Thomas first goal for Arsenal. He was also a star during the game against Tottenham at the Emirates stadium claiming a goal and an assist. Since the start of the season Emile has been a better player for Arsenal.

The 21-year-old recently signed down with the Gunners until 2026, he looks to be the key part of the future of Arsenal team. Along with his contract Smith Rowe has been given the no.10 shirt indicating the confidence Arteta has in him to grant the Hale Ender's wish. They are big boots to fill.

Smith Rowe clearly worked hard this during the summer break, his physical condition looks impacable and improved alot, and so is his feet which is sharp as ever. He is always threatening when assuming possession in between the lines, the only hope for Arsenal is to keep playing him. 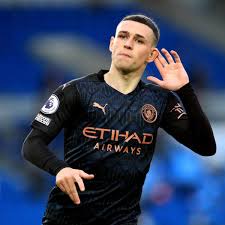 Foden has been working hard and showing talent from a young age in age-group football and those who watched him evolving through the Academy will not be greatly surprised by the brilliant season he had last season during which he became one of the world’s best young players. Though it’s easy to compare him to others – somehow, he combines the frictionless skate of Lionel Messi with the aggressive bounce of Diego Maradona – his uniqueness is what makes him special. He is capable of playing in variety of positions across the front three as well through the middle as either number eight or as a number ten.

Phil Foden’s ability to mould style with substance and instinct with intellect reflects the innate, elemental “Fodenness” that is so affirming, a young man doing exactly what he was born to do. Foden is no doubt one of the best young players England has produced over the past decate and he has been performing brilliantly for Manchester City making him cement a place in the first team for Pep Guardiola. 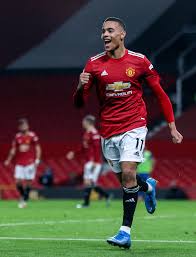 Mason Greenwood has been a great talent for Manchester United ever since graduating to the first team. He scored a number of goals last season for Ole Gunnar's side making him become an important player for Ole Gunnar.

This season has started well for the England forward and he has proved that goals he scored last season were not a freak occurrence. He is a rare blend of temperament and technique with much improved all-round play. Should he augment the bangers with tap-ins then xG might finally rate him, but in the meantime, one reality remains, he is a quality player.

When Christiano Ronaldo came in most would argue that mason wont get the number of games he would want given that Cavani is still at the club, but Greenwood has been used most frequently by the United manger.