By Anellewiks (self media writer) | 11 days ago

Kai Havertz's tweet following their goalless draw at Merseyside regarding their one-point gain after the match has stirred mixed reactions from fans. 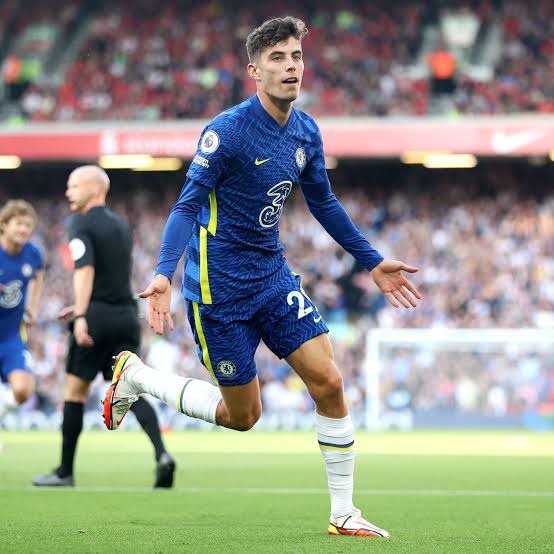 "We take the point and onto the next one. Travelling fans were top", Harvertz tweeted.

Responding to the tweet, fans did not hesitate to pour their hearts out and express a lack of satisfaction towards Havertz's positivity and appreciation of the point gained at Anfield.

One fan harshly criticized The Blues midfielder with claims that his performance was depressing to watch and suggesting the player should leave the club.

"Travelling fans were top, you are bottom and depressing to watch. Please leave Chelsea FC", the fan said. 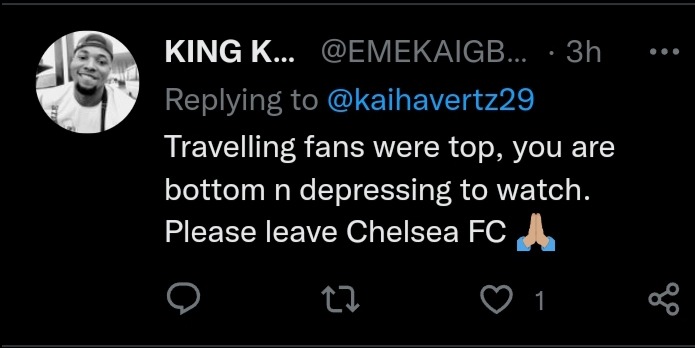 Chelsea's fan disappointment over the draw did not end with other fans expressing anger towards Havertz's innocent remarks.

Below are Chelsea fans' tweets expressing anger over his remarks which are much aggravated by the club's struggling state. 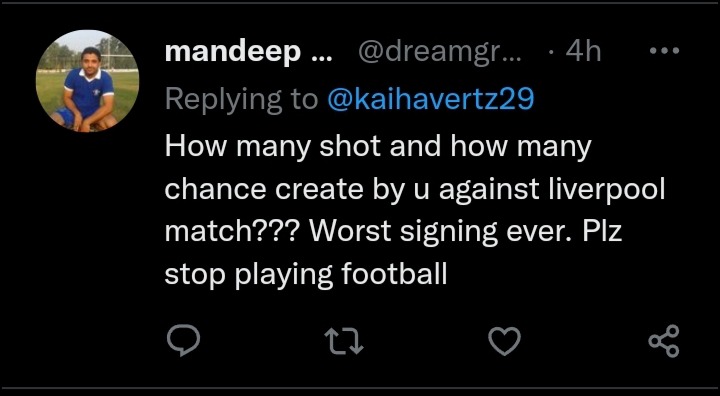 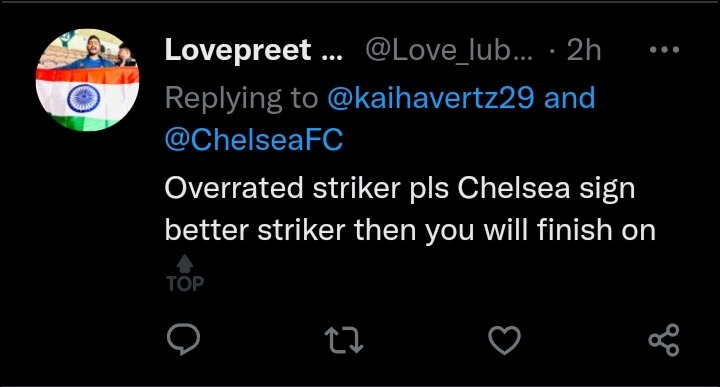 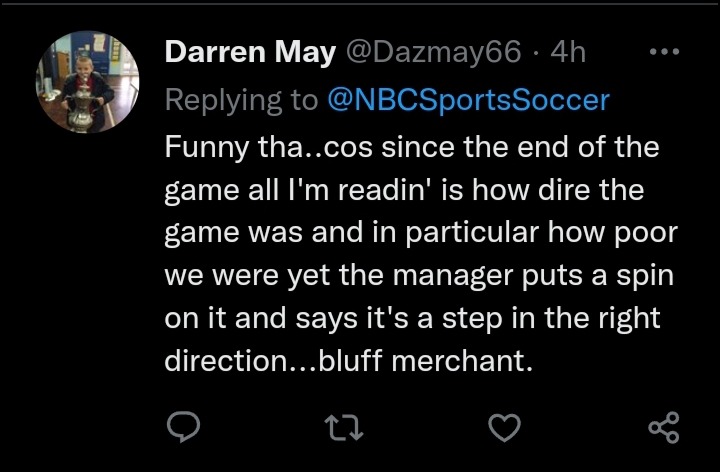 Chelsea stands in the 10th position in the premier league table standings, which keeps them 10 points far from reaching the Champions League qualification mark. Additionally, the lack of a goal for Liverpool today makes it the team's first time not to score a goal at home in two years.

Content created and supplied by: Anellewiks (via Opera News )