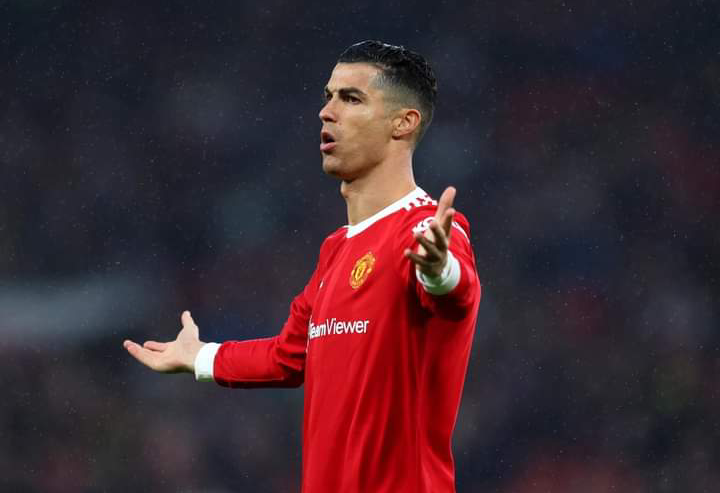 In barely a month, the English Premier League will be back into action after a five weeks break following the end of 2021/22 season. However, various European clubs are currently spying the summer transfer market, with all the teams focused to building and creating a very competitive squad depth come next season.

As lately reported by the most popular football Journalist, Fabrizio Romano, Manchester United and Portuguese start Cristiano Ronaldo has told Man United that he wants to leave this summer. According to the player, dubbed 'whole-time football legend,' he wants to see more ambition which makes him pursue his exit after staying for only a season at Manchester United.

According to the famous Italian Journalist, the Red Devils are still hopeful of keeping Ronaldo despite being aware of decision. Further, it is Romano understands that Cristiano has no agreement with any other club as it is in the current. However, Mendes has reportedly explored options for weeks and will continue with this task to make sure they bring back Cristiano.

Ronaldo signed for his former club Manchester United last season and the the new management count him as a key player for next season.

Should the player vacate, he will be among the big names that will not feature in for Ten Haag's project after the exit of the Frenchman Pogba and Dean Hernderson. Besides, it's more likely that Manchester United will likely lose more players to encourage more signings for the new coach.

In the meantime, Athletic UK, among other media outlets understand that Manchester United are linked with a move for Argentina international Lisandro Martinez. They rival against other premier league clubs like Arsenal who are also strong admirers of the Ajax defender.