The troubled leader communicated this on a letter which he addressed to FKF's National Executive Committee dated 29th November 2021.

Nick Mwendwa gave an explanation on what triggered his decision to transfer the functions of FKF president to his Deputy Doris Petra. 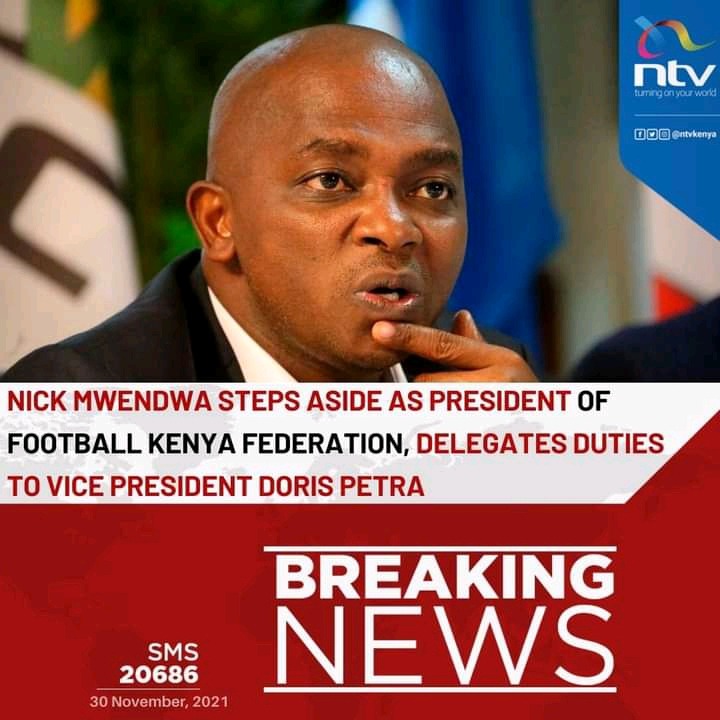 Mwendwa communicated appointment of Petra as FKF President in accordance to article 42 (8) of the FKF constitution; hours after he was charged in court with four counts of fraud and released on a Sh10 million bail.

The FKF President was further slapped with stringent bail terms; depositing his passport in court, not accessing the FKF office and not offering media interviews in relation to this case for the duration of the case.

Mwendwa who was on the verge of completing his second term was elected for the first time as FKF president on February 2016 before his re-election on October for another five-year term.