By Capricorn (self media writer) | 14 days ago

The Gunners are currently on top form this season where they've maintained at the top of the Premier League table for quite a long time. This is there best performance since the era of Arsene Wenger. Mikel Arteta has helped many Arsenal Star to improved since he joined them as the manager. In his first season they finished eighth in the Premier League table where they missed out on bothe tye Europa and UCL. This season, they looked strong enough to win major titles following their good run since the begin of the season. They have only lost once in the Premier League proving how good they've been.

Arteta has helped many Arsenal stars to improve which includes Martin Odegaard who has been scoring and assisting important goals. He has played a major role for their top performance this season. 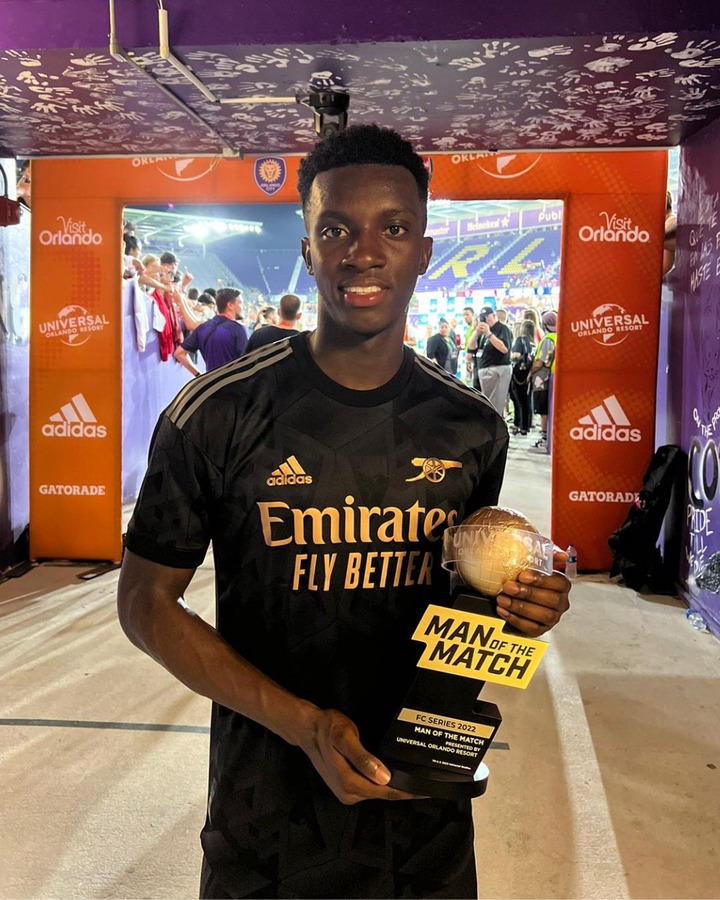 One of the player who proved he might be unstoppable if given more playing time js Eddie Nketiah. The English forward has been spending most time on the bench. He was guaranteed a first team choice after the departure of Aubameyang but things changed after the arrival of Gabriel Jesus.

This has made Nketiah to spend most time on the bench especially in the Premier League. However Jesus injury has made him to start in the recent matches where he has ended up delivering a great performance. Last week in their FA Cup match against Oxford, he was on target twice as his side won 3-0. Nketiah top performance in the recent matches has proved he might be unstoppable in the coming matches if he'll be given more playing time.

This now means that Eddie Nketiah might be unstoppable in the coming matches if he'll be given more playing time.