Football is a business and its becoming one of the best paying jobs in the world player development from their early days is the best way to get to identify individual talents in each of them, This can only be achieved through formation of football academies to tap in the young talents. Below are some of the best academies that one can take his son or daughter for football developmentFind a List of Football Academies in Kenya

below. Kenya is one of the top countries in

Africa producing the world class talent in the

field of football. A good example is Victor

These famous football players have come

from local football academies across the

talents to become more famous or give them

a platform to be noticed.

Kenya. Some of these are the best football

Sadili is a social enterprise that uses sports

and education to empower children and

and improve learning for a better future.

The academy has been able to provide

facilities to more than 7,000 children

Ligi Ndogo is designed as a soccer league

with regular matches and training sessions to

build a closer understanding between the

instructor and the child resulting in the child

Express Soccer academy is one of the best

leading soccer academies in Kenya. It is

situated in Nairobi. The academy has two

programs School Based and Saturday

The academy was founded in September

2011 by coach Maurice Mbowo who is also

the academy’s Director. He is assisted by a

group of highly trained and experienced

The academy boost of having the best

coaches in the country who have undergone

grams to school children in fun and safe

and girls from the Kibera slum the

opportunity to participate in coached training

sessions as well as matches and

tournaments with other youth from Kibera.

The Current Uweza teams include Boys

Which football academy in Kenya do you

know? Drop us an email and we will update 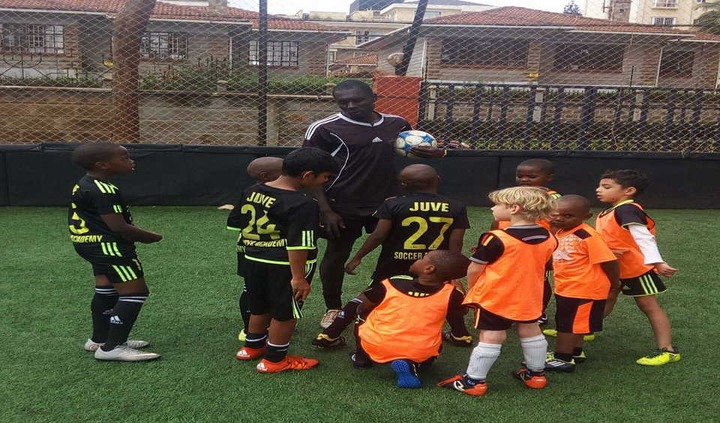 "By The End of This Year We Will Be Having Amended Constitution and God Knows That," Mutahi Kagwe Says