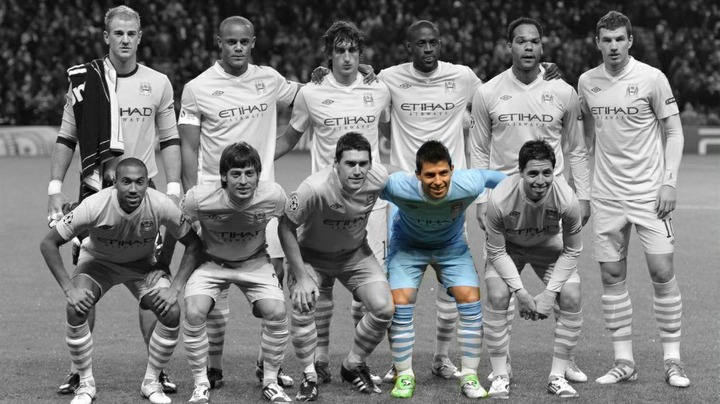 Sergio Aguero made unreal promise to Manchester City fans when every one was leaving. After winning premier league title with Roberto Mancini, everyone expected the team to move from strength to strength. Although they continued winning domestic titles, European Cup became elusive.

The squad that won the titles started moving away. Some to other clubs, others frozen while others into retirement. When asked if he would leave Manchester City for other clubs, the player had an unusual answer. A promise that he kept for seven years.

He promised the fans that he would never leave Manchester City until they won the champions league. Many supporters wondered why then he announced that this is his final season for the club. Well it seems Aguero has a plan. Yesterday Manchester City qualified to the final by beating PSG 2-0. That means Aguero's last appearance for City will be at Instanbul where he will strive to fulfill his promise. Good luck lad. 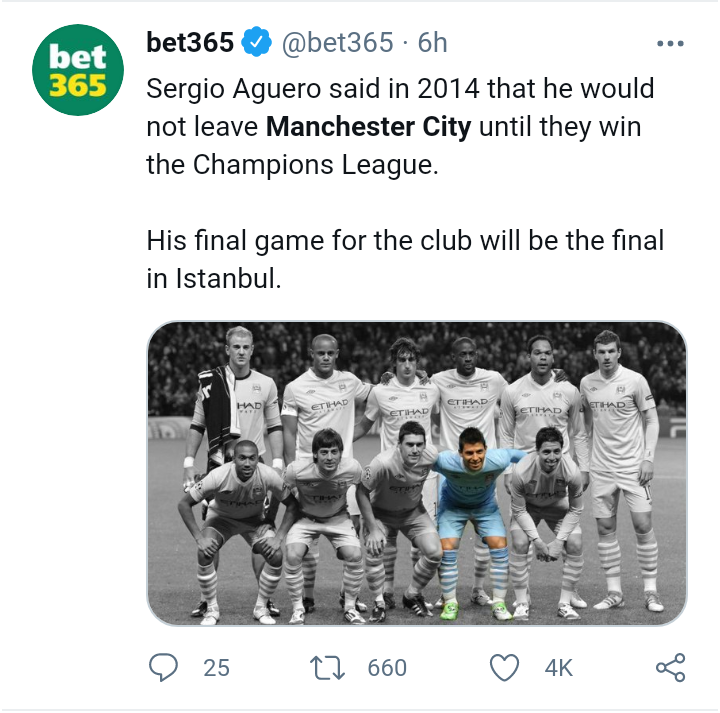 Tottenham and West Ham Keen to Avoid Finishing No.7 in EPL as European Conference League Beckons

Place and Win Big From These 100 Odds

K24 Confirmed Big Game They will be Airing